Life in the Beech Forest

Mt. Sanbe’s primary beech forest spans roughly 60 hectares of Mt. Osanbe’s northern slope. Japanese beeches (Fagus crenata) are only found within the region at elevations of at least 700 meters, and old-growth beech forests have become increasingly scarce as a result of human development. Only a few pockets of untouched beech forest remain in Shimane Prefecture, and those outside of Sanbe are limited to peaks along the southern border.
Other trees found in the beech forest include Japanese oak, Japanese cedar, grey snake-bark maple, and Siebold’s maple. Spicebush covers the forest floor, and in early summer the white blossoms of kousa dogwood appear beneath the branches of taller trees. In autumn, the beeches’ wedge-shaped seeds are an important food source for many animals.
This woodland scene includes many of the larger animals that live in Mt. Sanbe’s beech forest. Some may be familiar, such as the wild boar and red fox. Others are less known outside of Japan. The slender creature with pale orange fur is a Japanese marten, an omnivorous, arboreal mammal similar to a sable. The slightly larger animal nearby is a raccoon dog (tanuki), often featured in Japanese folktales as a mischievous, shape-shifting creature. Like Japanese martens, tanuki are nocturnal and rarely encountered during the day. The Eurasian badger, another nocturnal animal, can be seen crouching on its hind legs in front of a stump. Nearby, a more fearsome creature clutches a hare in its talons. This is the rare mountain hawk-eagle, a raptor whose wingspan is nearly 2 meters across. Hodgson’s hawk eagles are sometimes seen flying high over Mt. Sanbe. 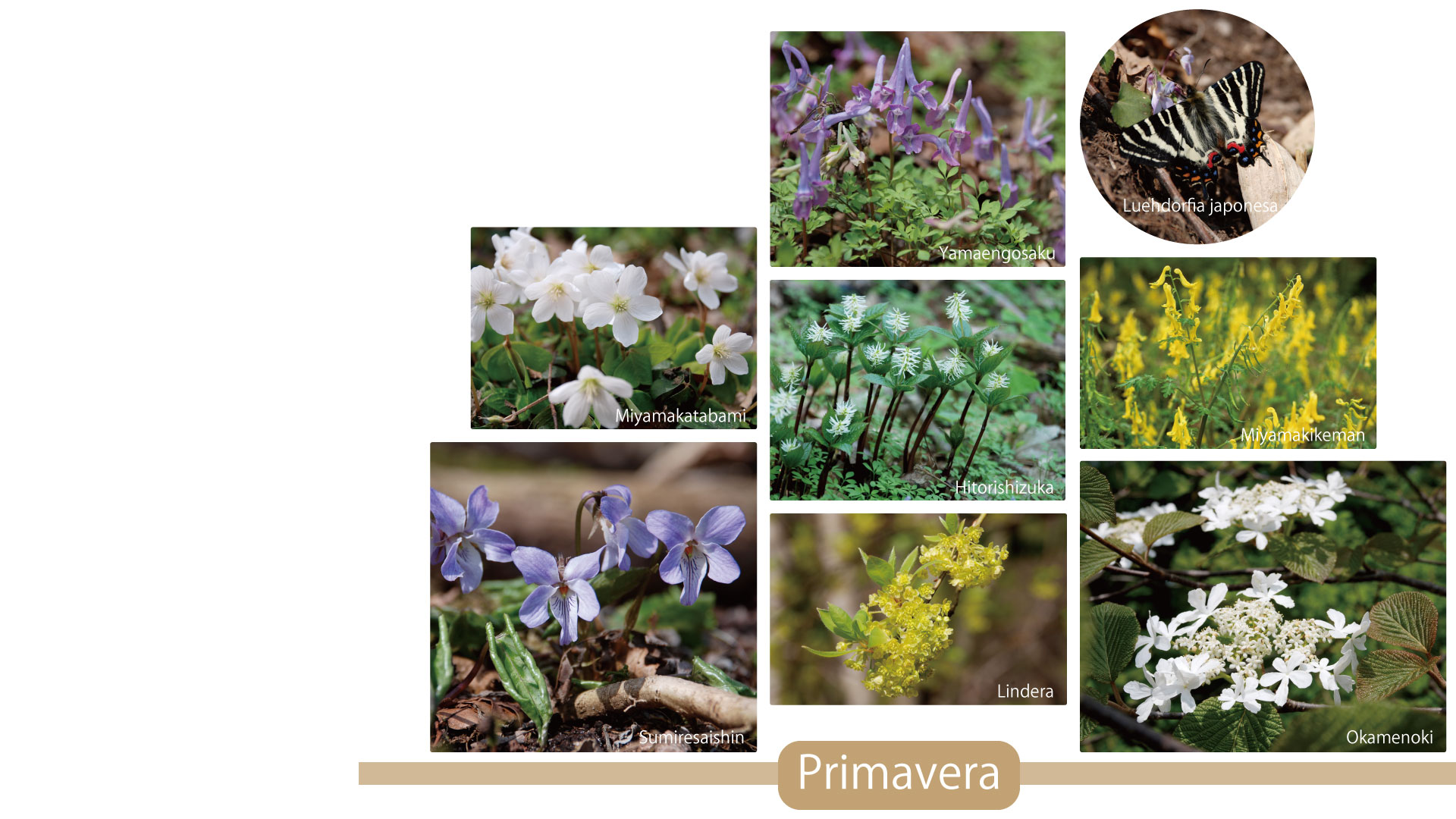 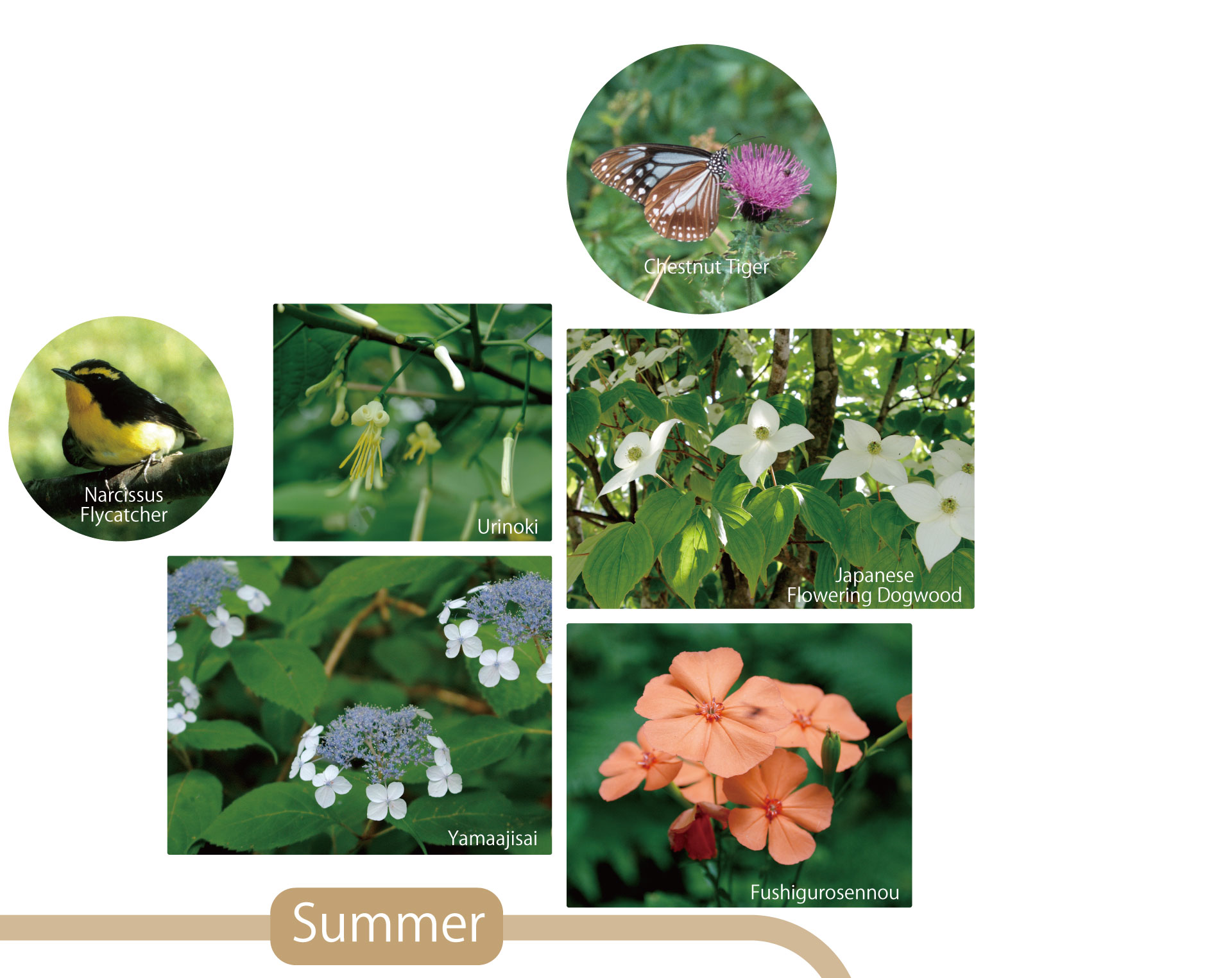 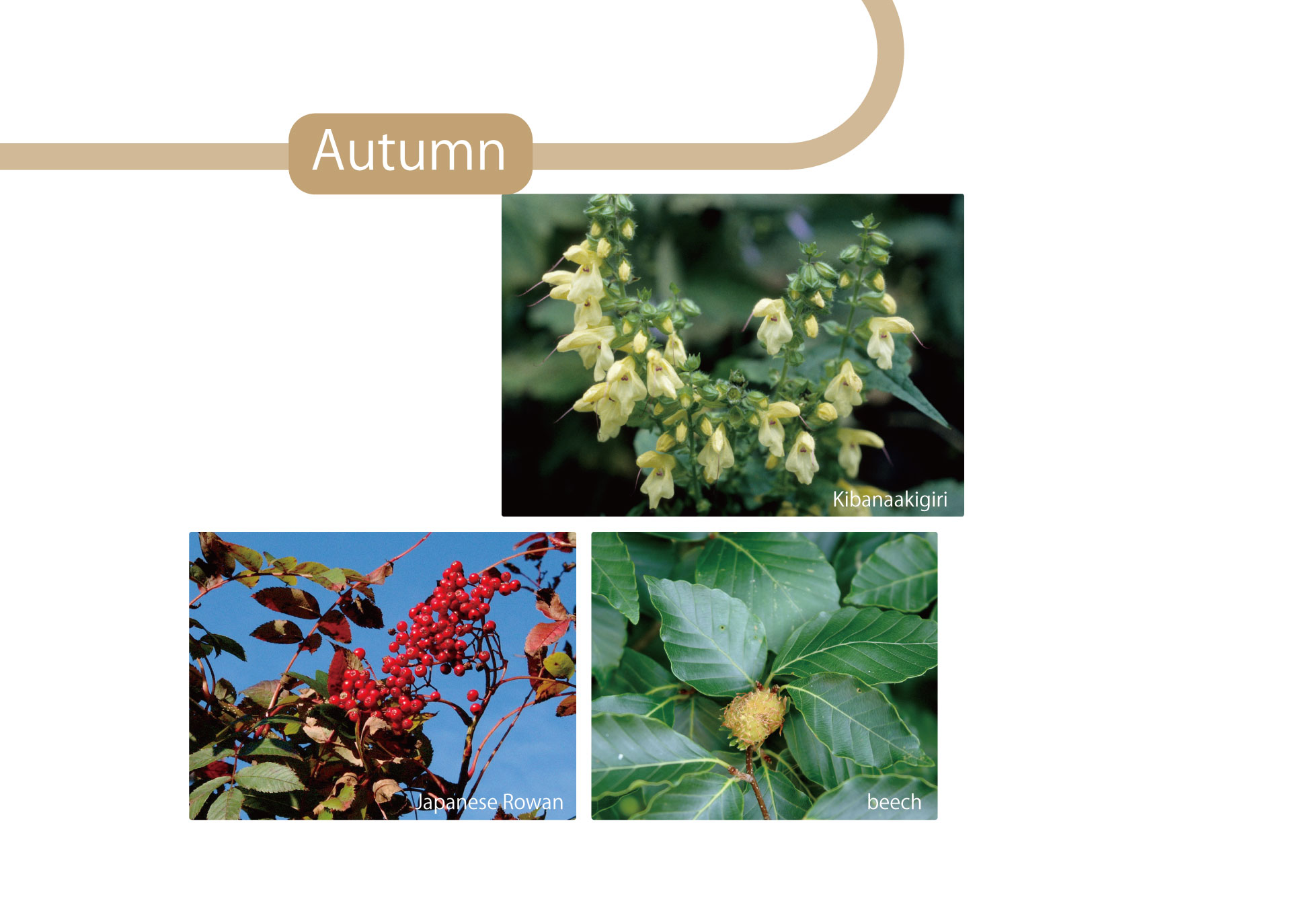 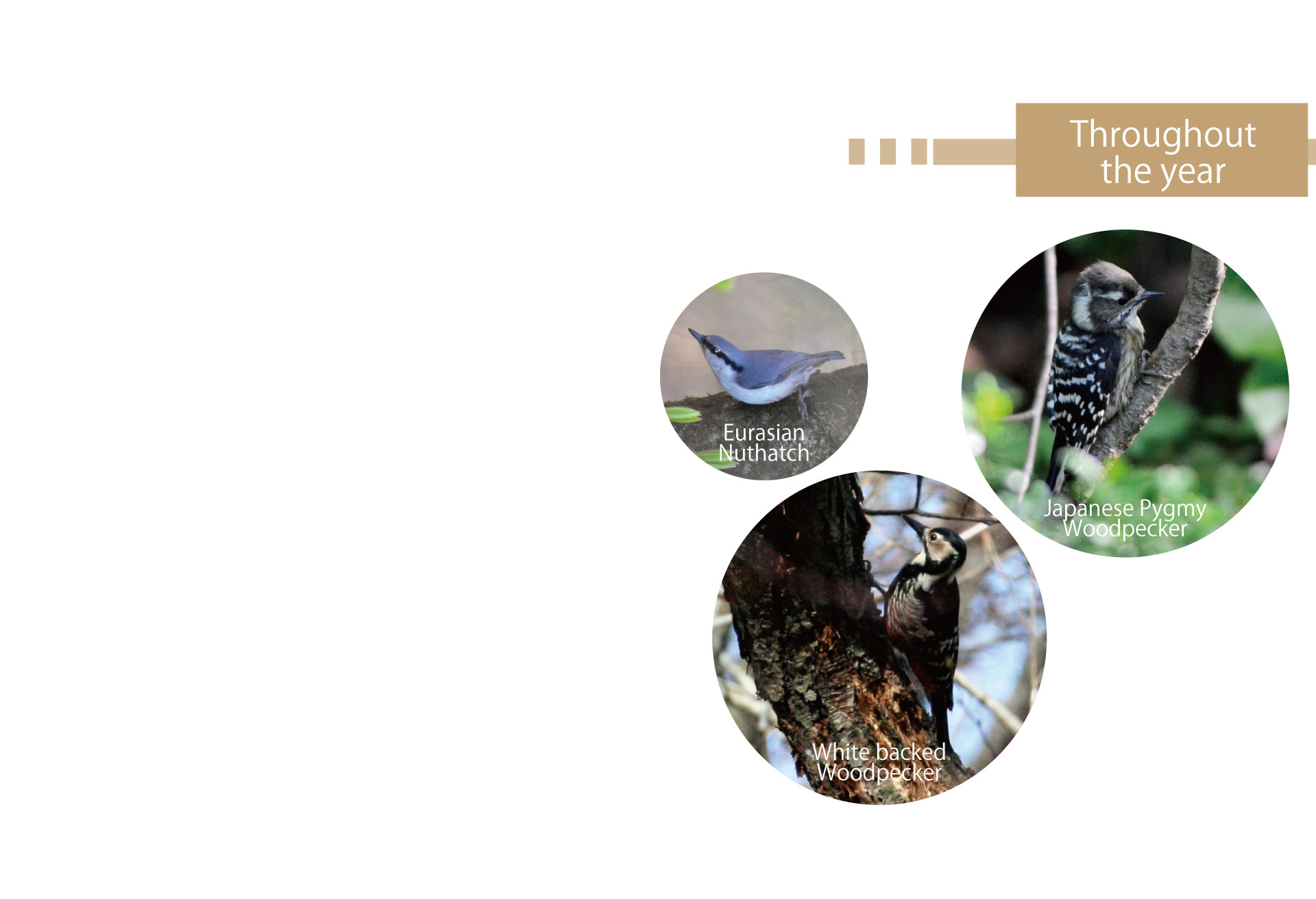 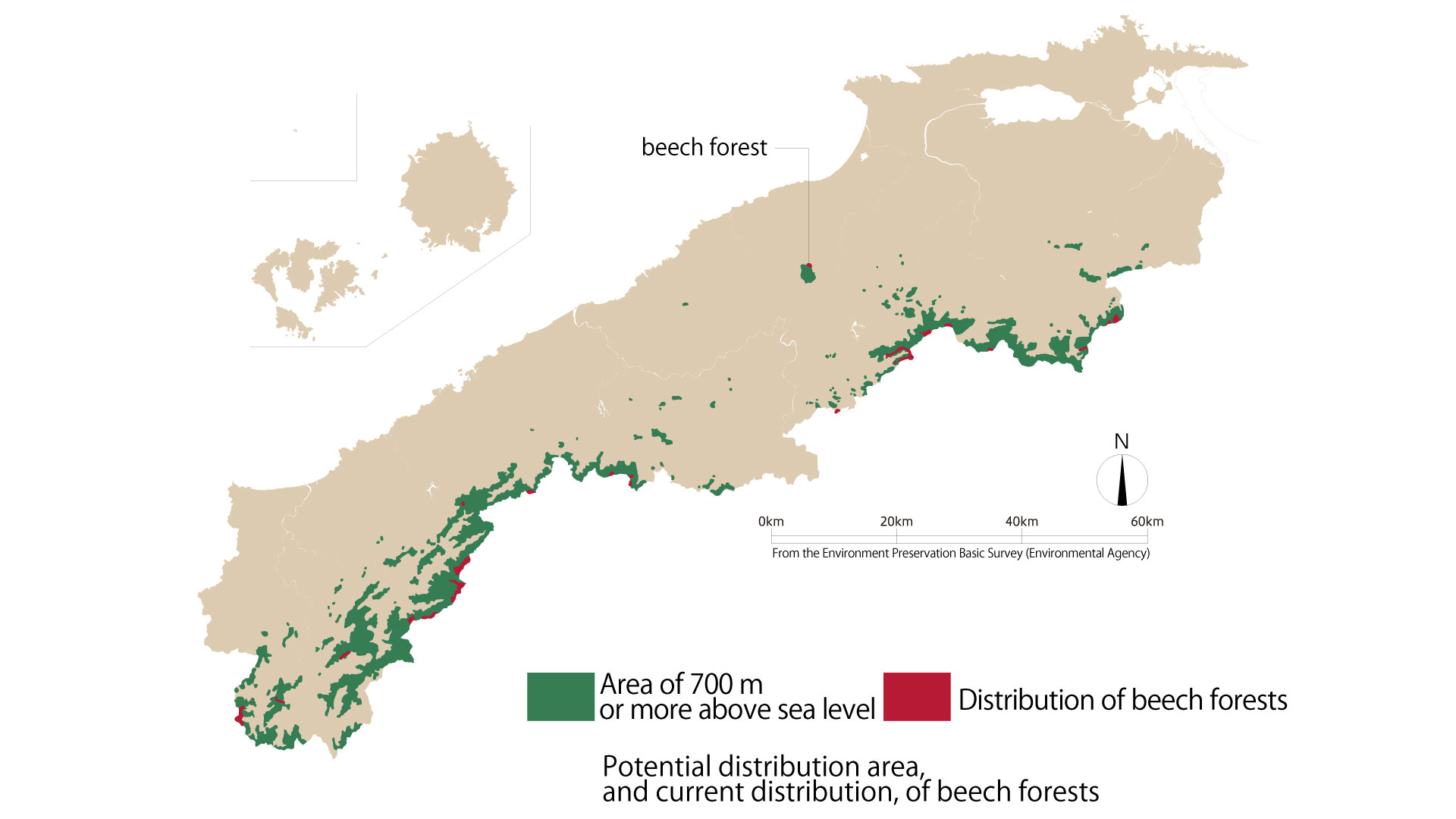