Life Along the Water’s Edge: Lake Shinji and Lake Nakaumi

Life Along the Water’s Edge: Lake Shinji and Lake Nakaumi

Lake Shinji and Lake Nakaumi are two large lakes near the prefectural border of Shimane and Tottori. Spanning 9,200 hectares, Lake Nakaumi is Japan’s fifth-largest body of water, and Lake Shinji, at 8,000 hectares, is its seventh largest. The wetland habitats around both lakes—as well as the major rivers that connect with them, such as the Hii and Ōhashi—are among Japan’s leading sanctuaries for migratory waterfowl. More than 50,000 birds winter there each year, and over 240 species of birds have been recorded near Lake Shinji alone. In 2005, the areas were protected under the Ramsar Convention, an international treaty for wetland conservation.
A small portion of the migrant visitors are swans, the official bird of Shimane. Both whooper swans and Asian tundra swans spend their winters on the lake, the farthest west that they can be seen in Japan. Of the duck species that can be seen at the lakes, the greater scaup is most common. Scaups are a medium-sized diving duck that can be seen darting under the waters of Lake Shinji in search of basket clams or ragworms. A similar species, the tufted duck, is often found in great flocks along the coast. Tufted duck males can be distinguished from scaup males by the darker coloration of their backs and a short crest that hangs from the rear of their heads.
Geese are particularly numerous along the sandbars where the Hii River empties into Lake Shinji. The bean goose and the greater white-fronted goose both spend their winters there. The greater white-fronted goose was designated a National Natural Monument in 1971 after overhunting almost completely wiped out the local population. 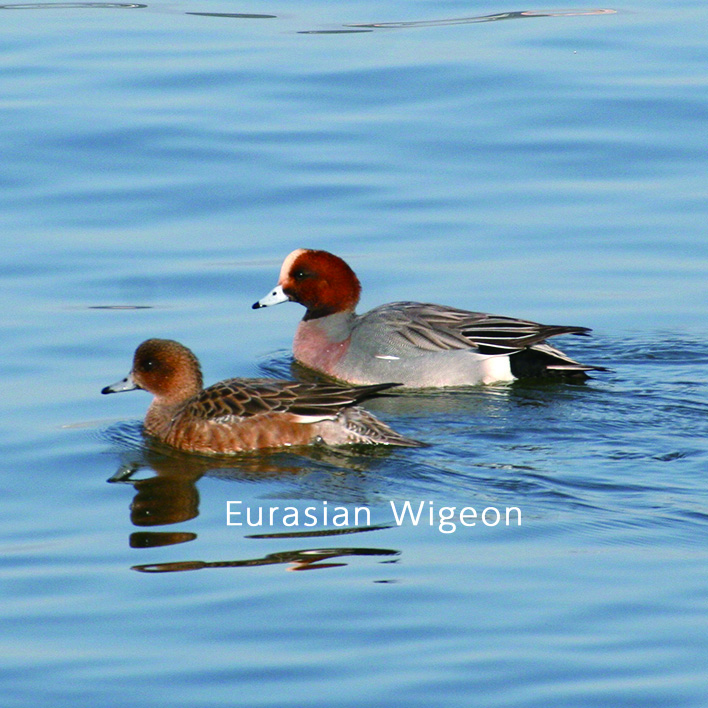 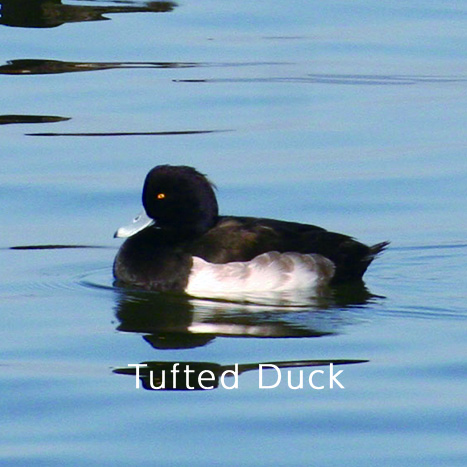 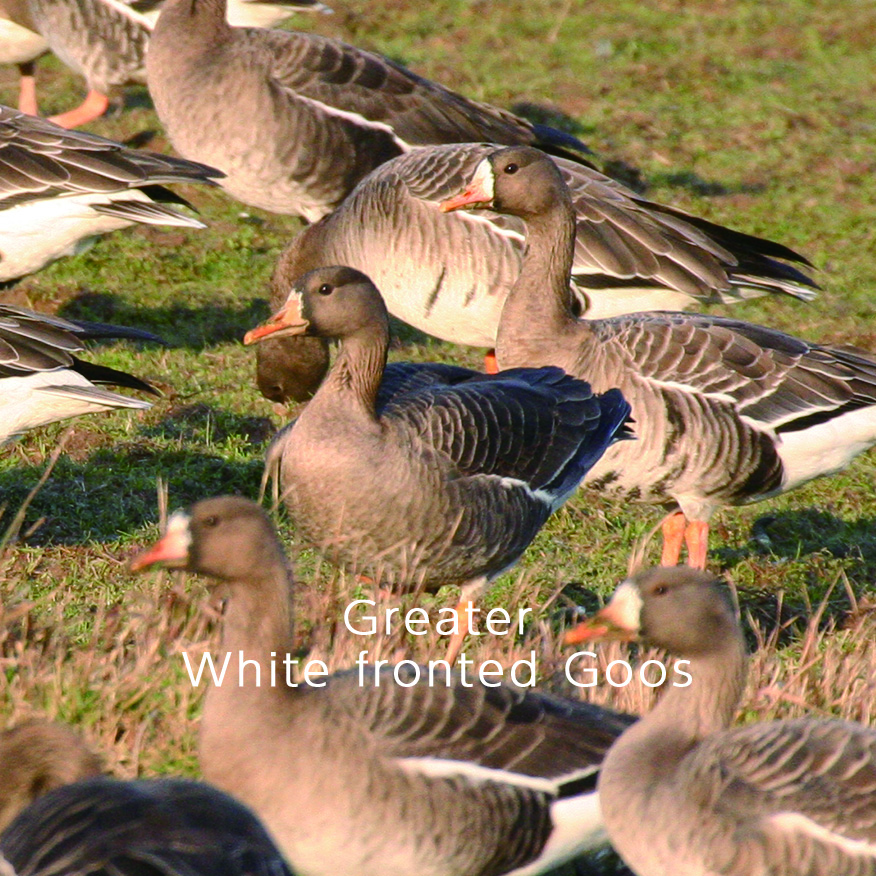 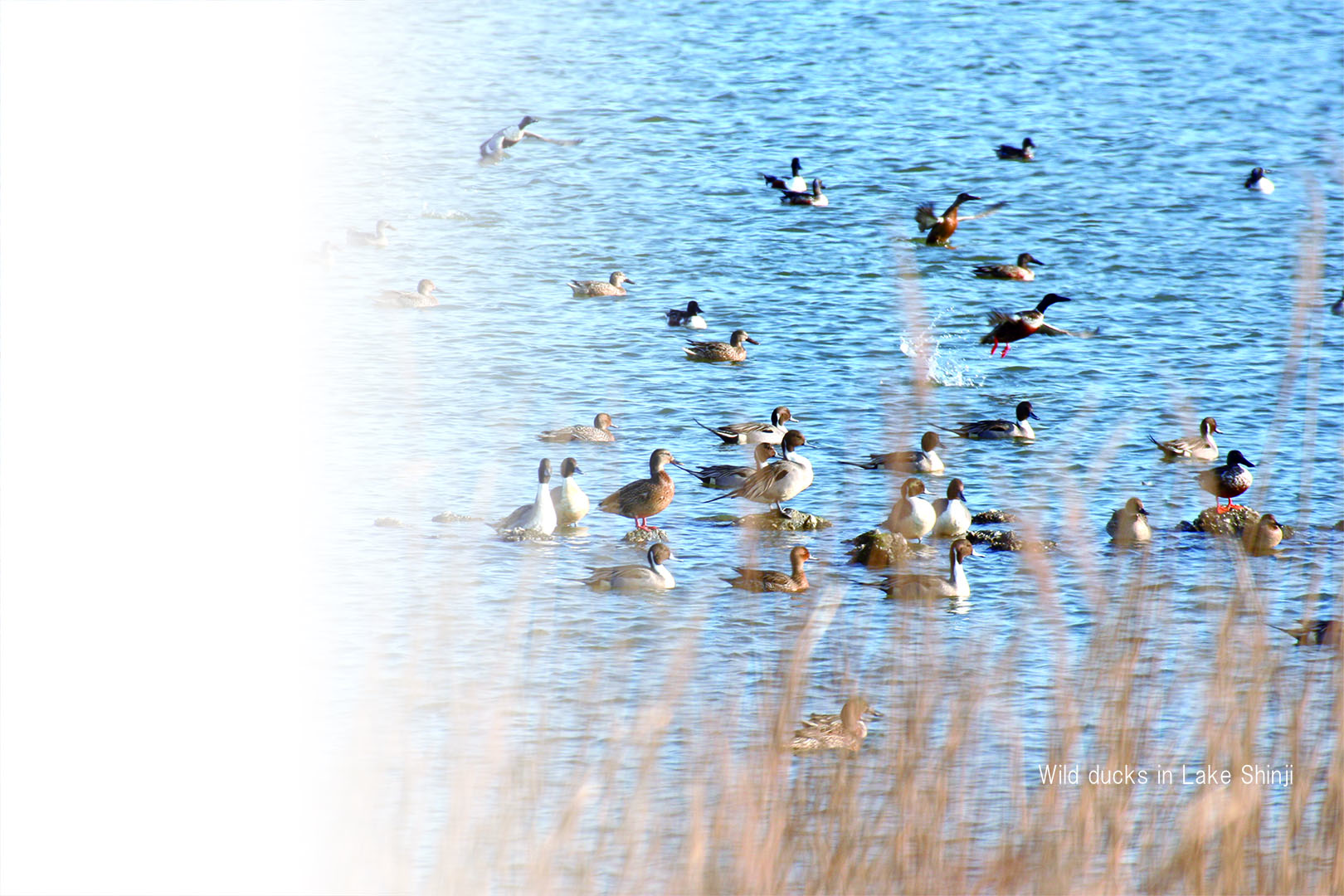