This map is called a Red Relief Image Map. It is a new terrain representation method, invented in 2002. The map makes it possible to present undulations in terrain in 3D. The greater the slope of the terrain, the redder it appears, while the higher a place is, the clearer it appears. Even people unfamiliar with reading topographic maps are able to understand characteristics of terrain intuitively.

1. Mt. Aonoyama
Looking at the flow of the Tsuwano River at the top and center portion of the image, we see it flowing along a straight line in a valley floor. Also, we can see ridges in the shape of triangles on both sides of the river, revealing that the river was created by a fault. South of the valley is Mt. Aonoyama, which we can see was created by the eruption of lava atop the fault.

2. Mt. Sanbe
The shape of Mt. Sanbe was largely determined by lava and pyroclastic material, with steep slopes on the outer sides. Meanwhile, the foot of the mountain is surrounded by flatland that is an accumulation of materials such as fine volcanic ash and pumice. Compared to surrounding mountains, the valleys and routes following mountain streams are undeveloped. This is because they do not receive the effects of erosion and weathering. The approximate range of the caldera corresponds to the region surrounded by yellow dotted lines. 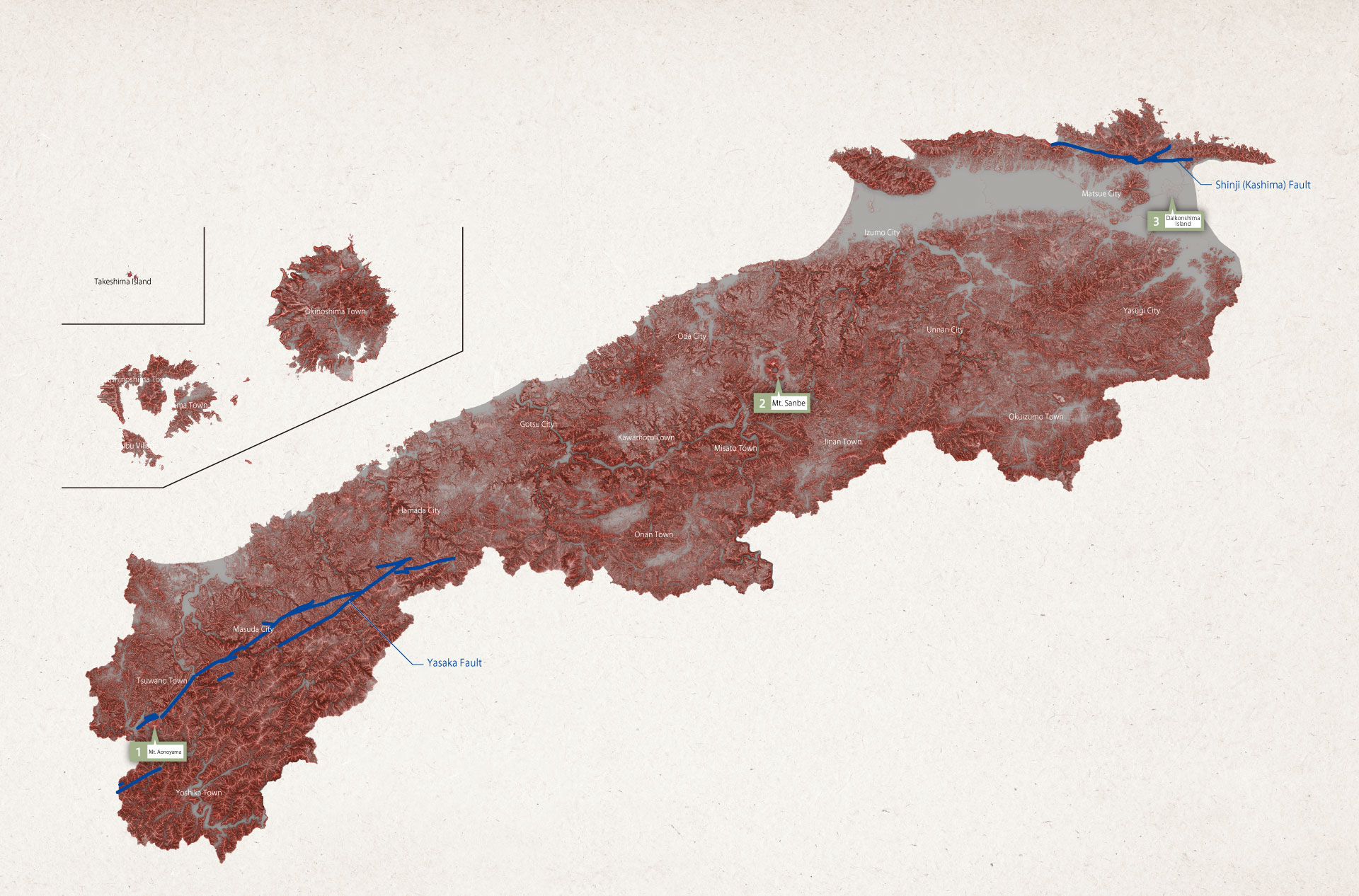