It sticks to magnets? Granite

Underground, magma cooled and hardened into granite, and emerged above ground due to changes in the earth’s crust. Granite in the western Honshu is of two types: Those of the San’in Belt, and those of the San’yo Belt. San’in Belt granite is an opaque mineral containing magnetite, while San’yo Belt granite contains ilmenite instead. Compared to ilmenite, magnetite is more highly magnetic (strongly attracted to magnets). By placing a magnet close to both, we can see the difference between them. Tatara iron making involves the use of iron sand accumulated in rivers and elsewhere, the iron sand being produced by weathering of the magnetite and ilmenite contained in rocks. 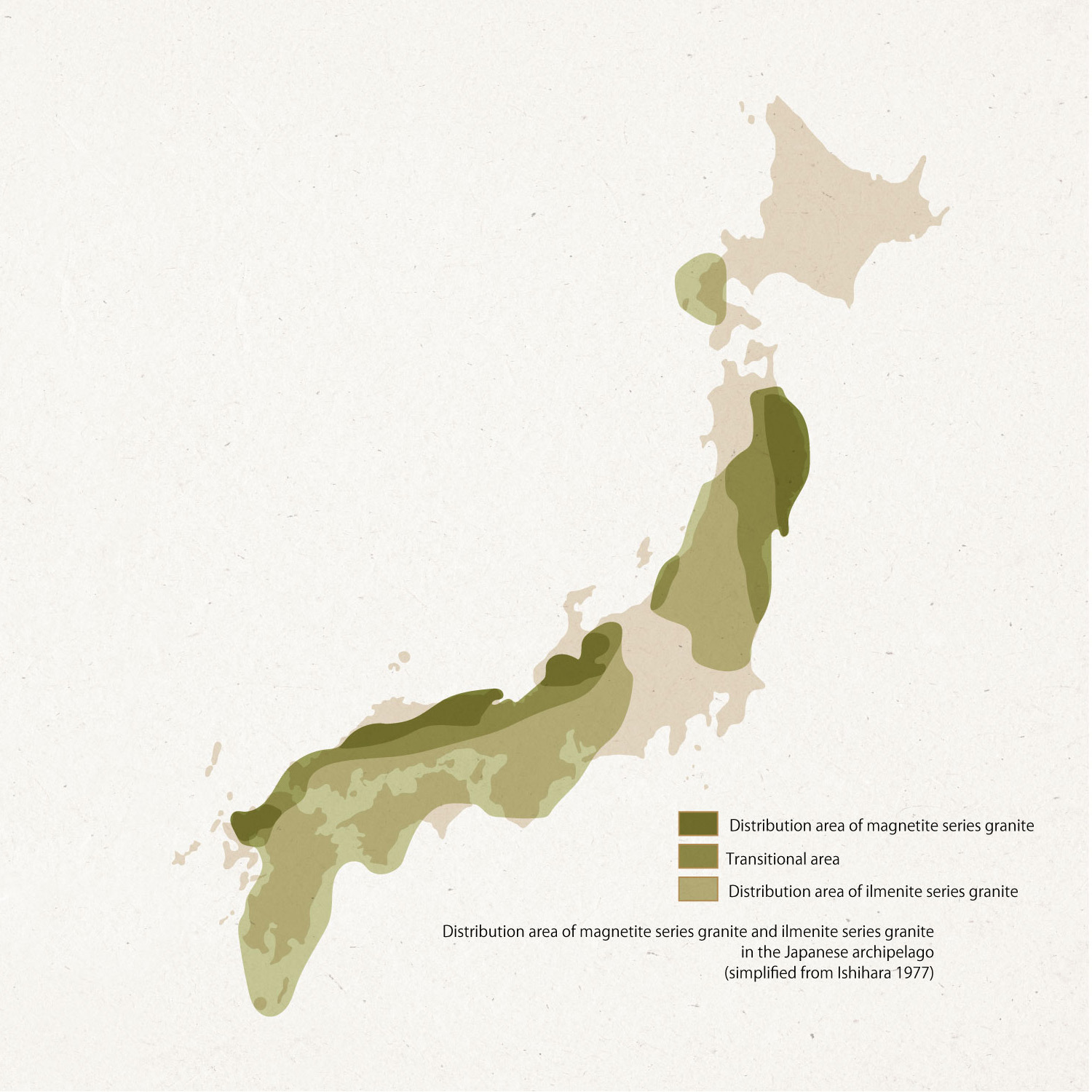