When tree trunks and branches are buried in the ground, silicic acid dissolved in water penetrates cell membranes and settles within. This changes the composition, and enables fossilization of the wood. These may turn into opal or agate, and after being polished they are sometimes treated as jewels. Oda City has two designated cultural properties, Hanenishi petrified woods (designated by the country) and Nima petrified woods (designated by the prefecture). Both were formed under the influence of volcanic activity during the process of the expansion of the Sea of Japan. It is thought that the formation process was as follows. Objects such as debris of lava ejected from volcanoes and pumice combined to create an avalanche of rocks, which flowed down and were buried along with wood that had been knocked down (driftwood). 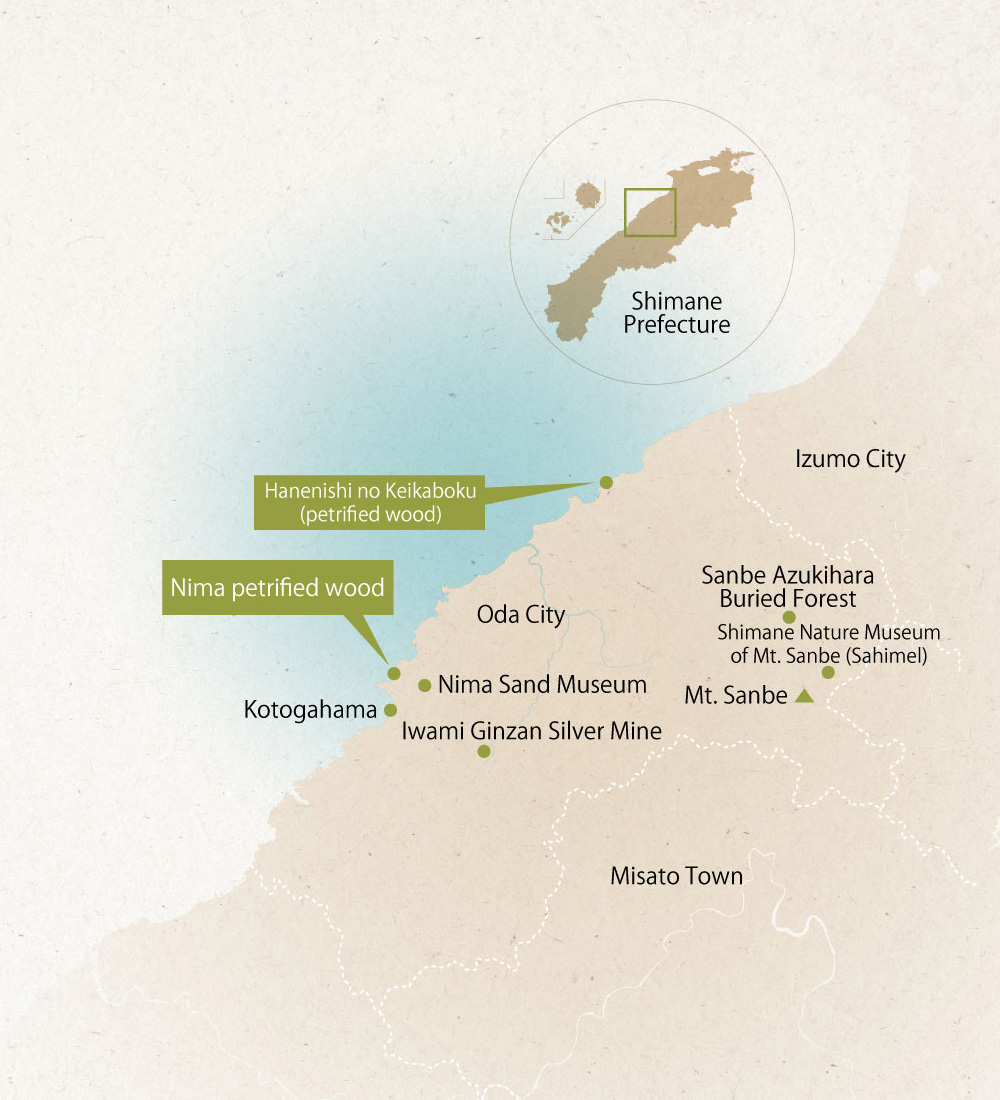