One characteristic of the Oki Islands is that they contain unusual ecosystems different from the kinds of nature found elsewhere.
For example, the islands have areas in which plants found in Hokkaido grow alongside plants found in Okinawa. From the standpoint of geologic history, it is fascinating to note the presence of endemic species found only in the Oki Islands. 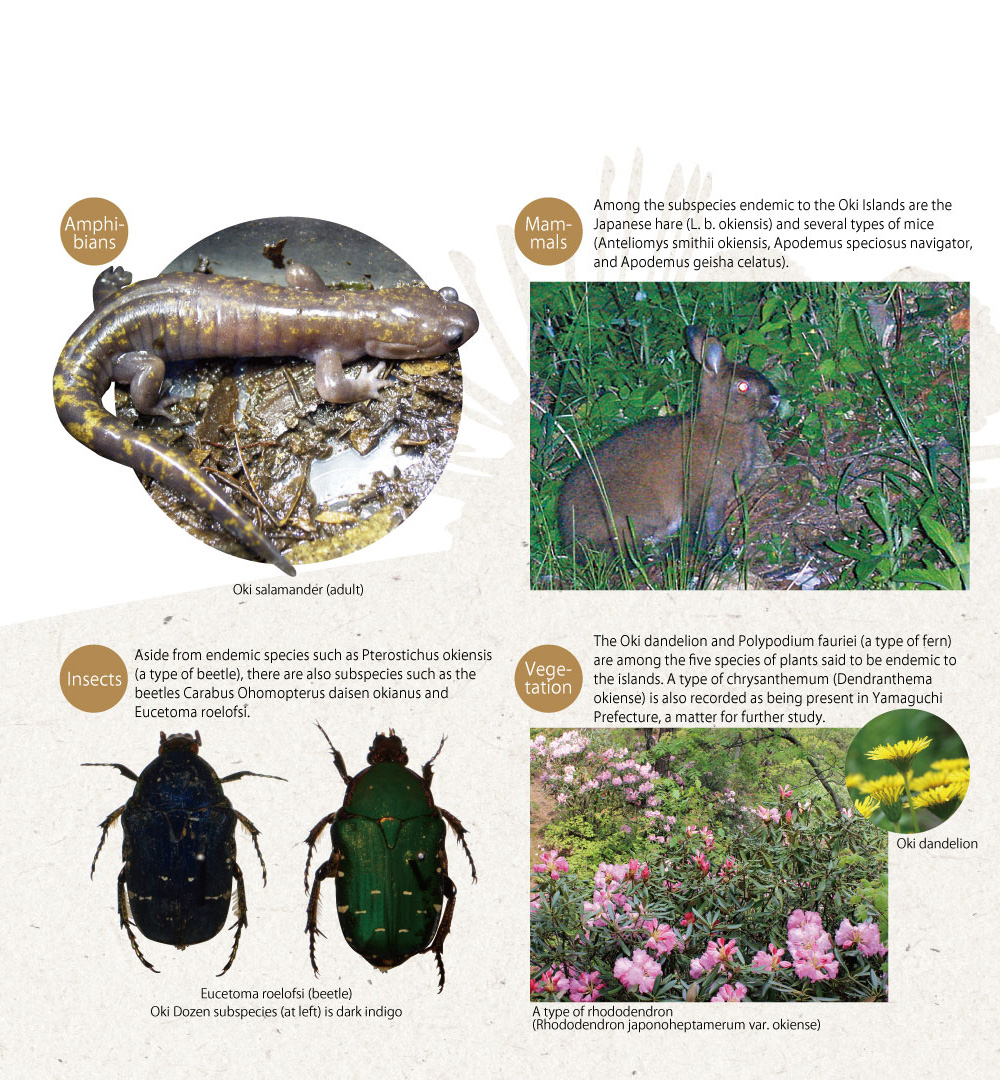 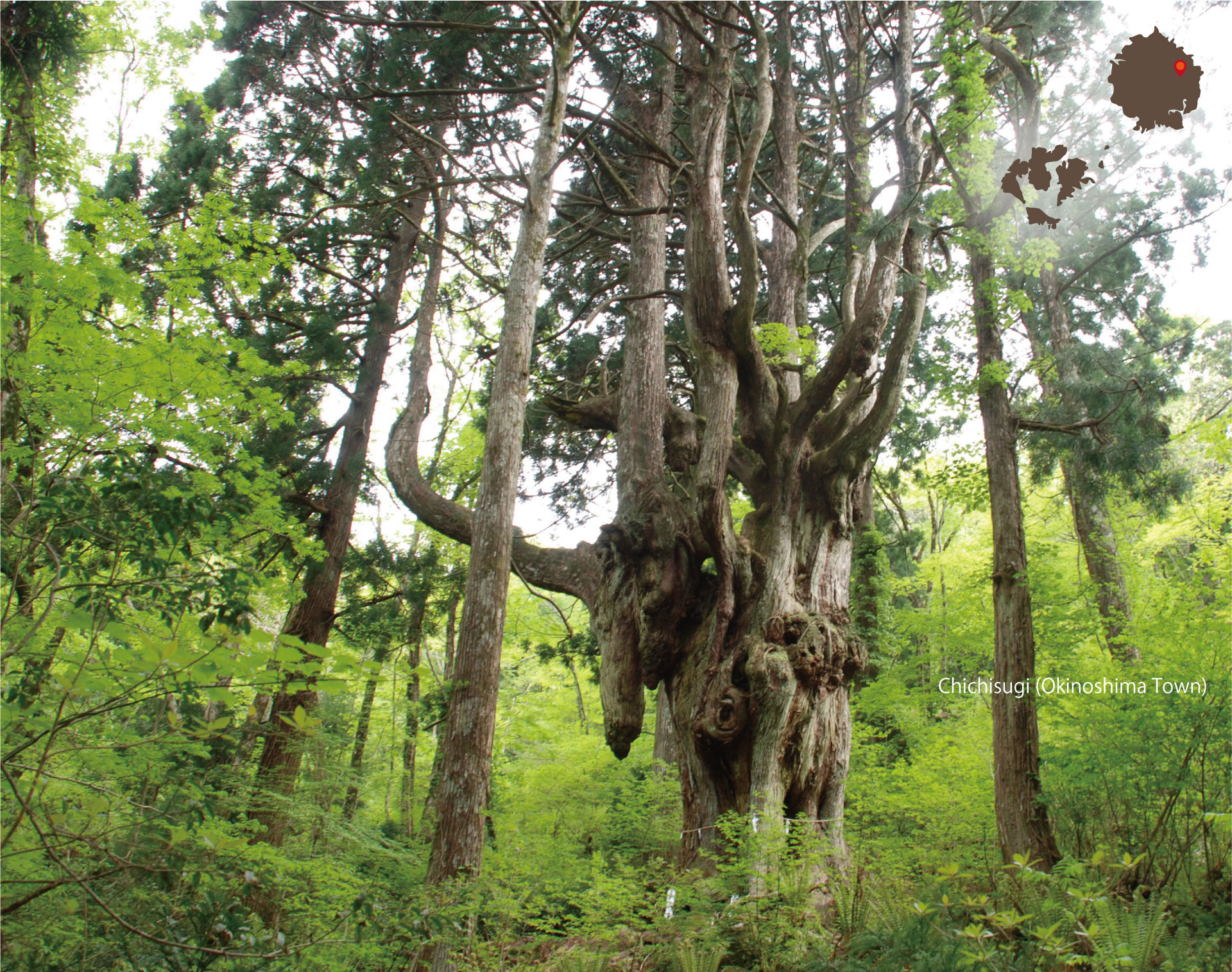 Endemic species of the Oki Islands
The Oki Islands became islands when they split away from the mainland approximately 10,000 years ago. As little time has passed since the islands split away, most species are identical with those on the mainland. However, some species differ from their mainland relatives and are thought to be evolving into different species. These include the Oki dandelion, a subspecies of the Japanese hare (L. b. okiensis), and the Oki salamander.

Mixture of northern and southern vegetation
One characteristic of the distribution of vegetation in the Oki Islands is a mixture of plants found at high elevations in cold areas of the north along with plants from warm areas of the south. Northern species include the Asian fawnlily (Erythronium japonicum) and the Japanese rose (Rosa rugosa), along with a type of chive (Allium schoenoprasum) and other plants from the Chubu Mountain Region. Southern species include nagoran (a type of orchid: Aerides japonica), a type of hibiscus (Hibiscus hamabo) and other plants that grow in warm districts.

Mammals
Among the subspecies endemic to the Oki Islands are the Japanese hare (L. b. okiensis) and several types of mice (Anteliomys smithii okiensis, Apodemus speciosus navigator, and Apodemus geisha celatus).

Vegetation
The Oki dandelion and Polypodium fauriei (a type of fern) are among the five species of plants said to be endemic to the islands. A type of chrysanthemum (Dendranthema okiense) is also recorded as being present in Yamaguchi Prefecture, a matter for further study.
Oki dandelion
A type of rhododendron (Rhododendron japonoheptamerum var. okiense)