The Oki Islands are a group of islands rising from the Sea of Japan 40 to 80 kilometers north of the Shimane Peninsula. Four of the islands are inhabited, while about 180 other islands are uninhabited.
We can observe various ages in the geological features, beginning with that when the islands remained part of the land mass. Being outlying islands, they have their own particular ecosystems. In September 2013, the islands were designated the sixth of Japan’s global geoparks.

Formation of the Oki Islands
After the land forming the Oki Islands ceased to be part of the Eurasian continent, it passed through a stage where it was at the bottom of lakes and seas. Subsequently, it became part of the Shimane Peninsula land mass and finally assumed its present insular form. A major characteristic of the islands is that, while being outlying islands in a narrow region, we can observe various ages in their geological features.
There were four main stages in the prehistoric formation of the Oki Islands. 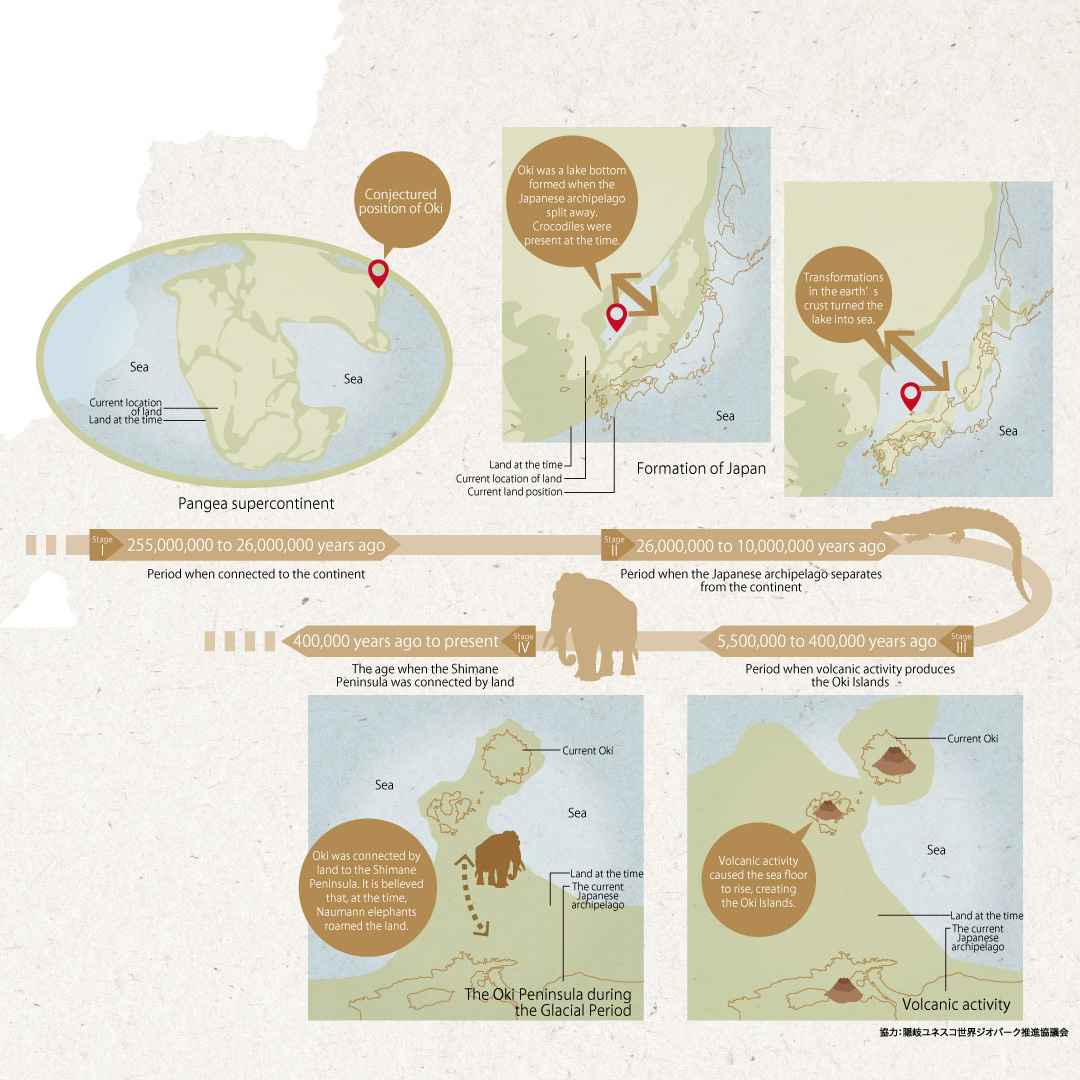 ○What are geoparks?
Geoparks are places with superb landscapes and beautiful natural scenery, where we can experience the sort of things that people of various cultures experienced there earlier in history. With the support of UNESCO, the Global Geoparks Network inspects and certifies geoparks.

Stage IV: 400,000 years ago to present
The age when the Shimane Peninsula was connected by land
The Oki Peninsula during the Glacial Period