The Iwami Ginzan Silver Mine was operated to coexist with nature, a factor contributing to the former mine’s registration as a UNESCO World Heritage Site in July 2007.
The Iwami Ginzan Silver Mine has two deposits, the Fukuishi and the Eikyu. The formation processes of these deposits differ. It is believed that both deposits were formed somewhat over 1,000,000 years ago. 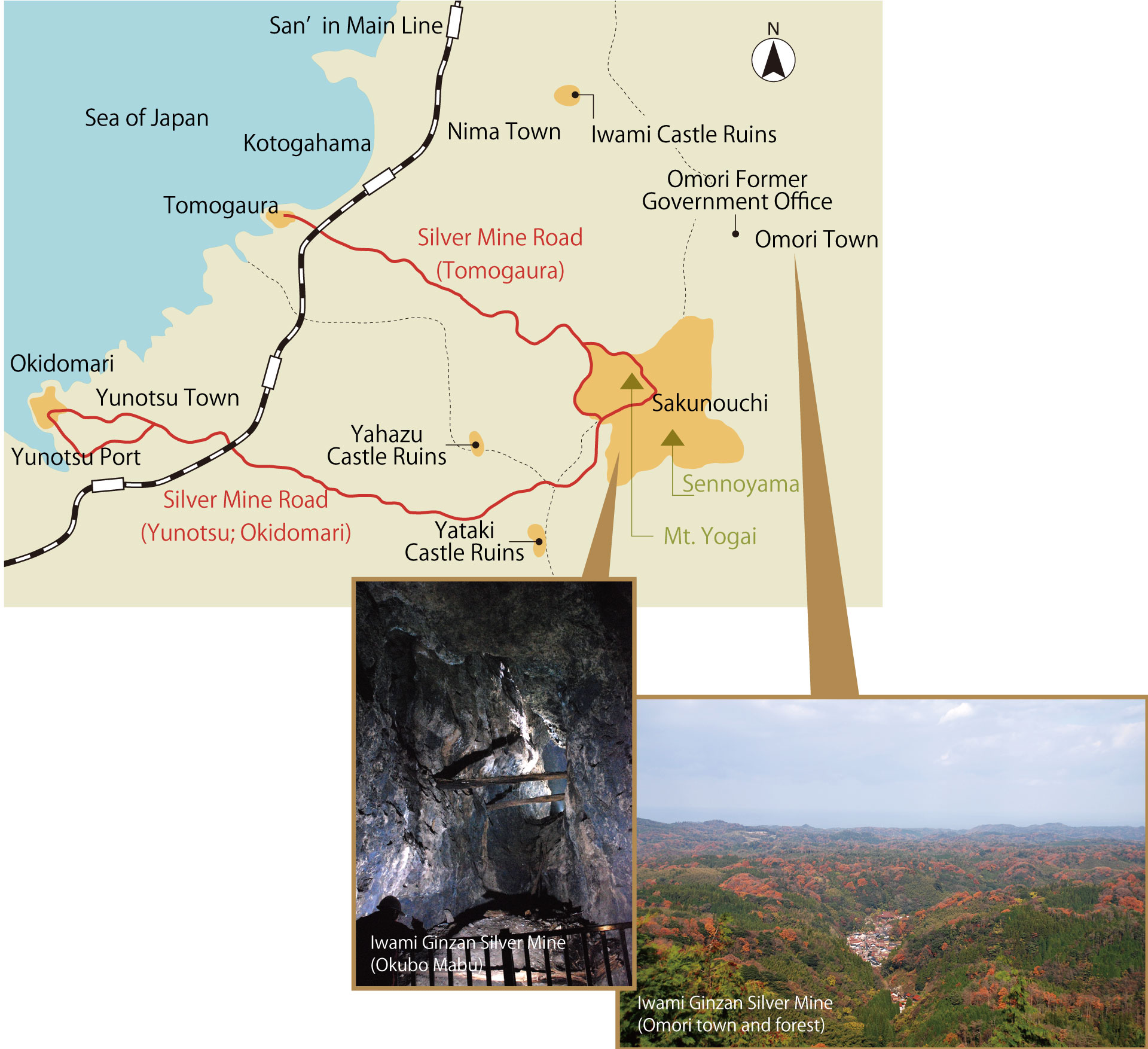 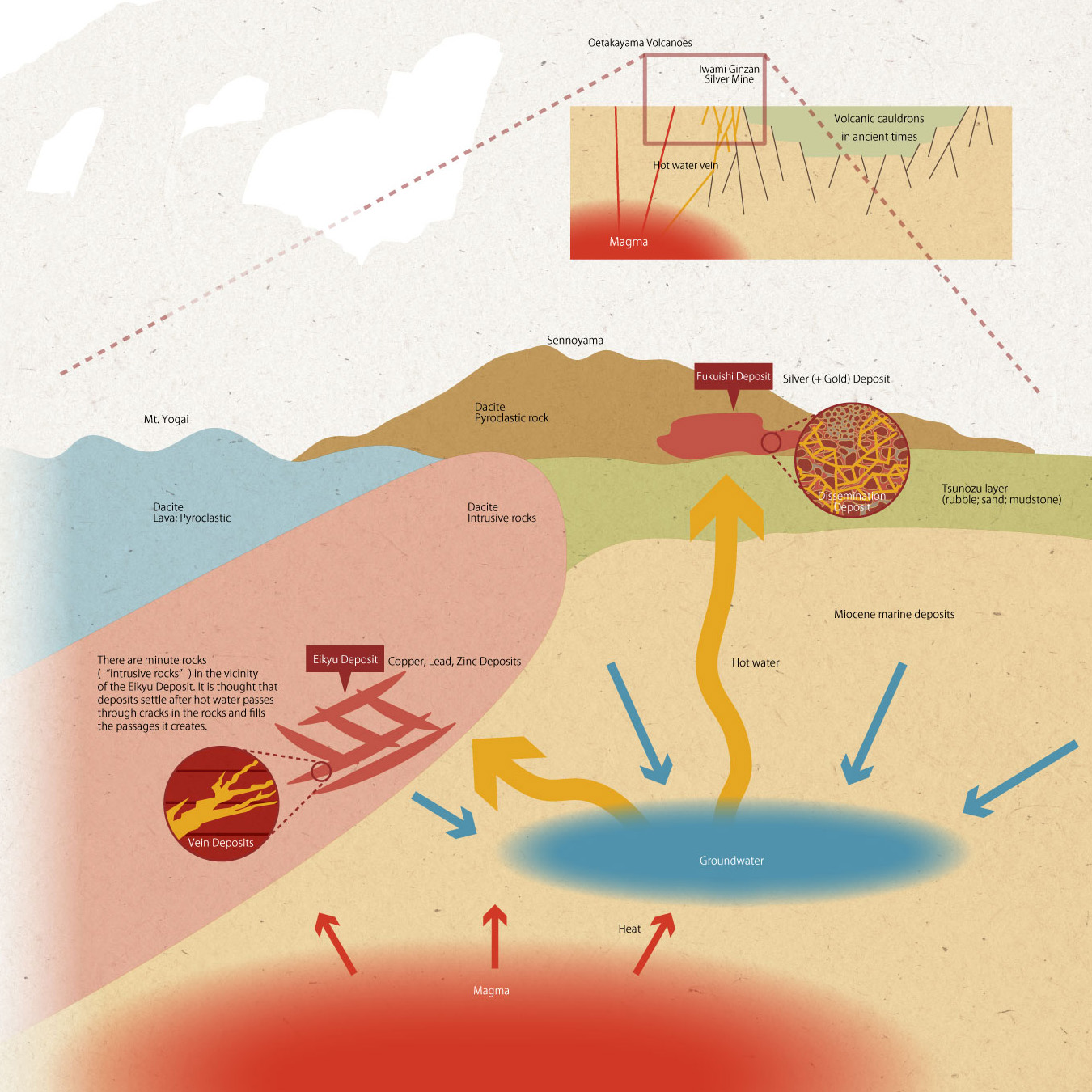 Sennoyama, where the Fukuishi Deposit is found, is a mountain formed by accumulation of elements such as rubble and ash ejected by a volcano. The deposit was formed when hot water seeped into cracks and fissures between the rocks.

There are minute rocks (“intrusive rocks”) in the vicinity of the Eikyu Deposit. It is thought that deposits settle after hot water passes through cracks in the rocks and fills the passages it creates.