Volcanic activity calmed, the mountains became covered with vegetation, people went about their lives, and the landscape developed in the form we now see it.
The mountains appear in the ancient age of myths, and were deeply connected with people’s daily lives.

Lives of people during the time of the formation of the buried forests
In the Sanbe Azukihara Buried Forest, there is no evidence of human existence. However, in the vicinity of Mt. Sanbe, many Jomon Period remains have been discovered.
For example, excavations accompanying dam construction plans conducted east of Mt. Sanbe in the Iinan Town Shitsumi area uncovered objects such as stone implements and flint arrowheads, pointing to human activity there.

Nature and Myth; Faith
“Here this stake was planted. It became a mountain named Sahime, dividing the provinces of Iwami and Izumo.”
This is a passage from the Legend of Kunibiki, taken from the Izumo-no-Kuni Fudoki. The legend describes how the land was drawn together with rope stretched tautly, using two stakes. The stretched rope became Sono-no-Nagahama (Nagahama Coast) and Yomi Island (Yumigahama), while the stakes became Sahimeyama and Hinokamidake. Hinokamidake is now known as Mt. Daisen, and Sahimeyama as Mt. Sanbe.

The surprising history of Mt. Sanbe
Between the Meiji Era and the Second World War, Mt. Sanbe was used by the Imperial Japanese Army as a training ground. It seems that practice firing of shells took place at Nishinohara and Higashinohara. Following the war, the land was developed for uses such as ranches.

Traditional technology making use of nature
Records indicate that grazing on Mt. Sanbe began in the 1600s. In the first year of the Meiji Era, the grasslands were covered with about 3,000 cows. In the 1950s, approximately 1,200 still grazed there.
Every year, at the end of March, trees in Nishinohara are set afire to control their numbers and maintain the grasslands. 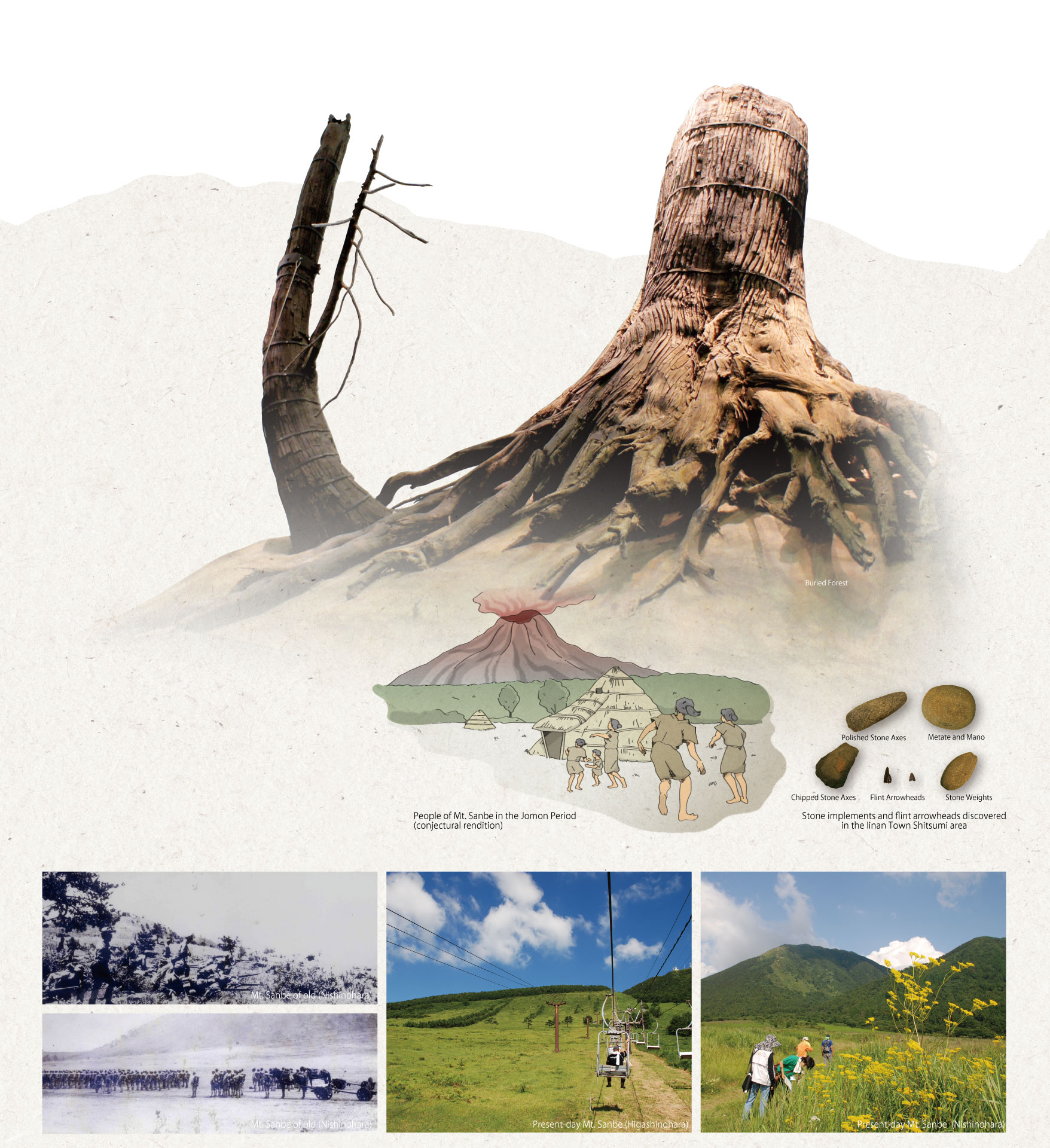 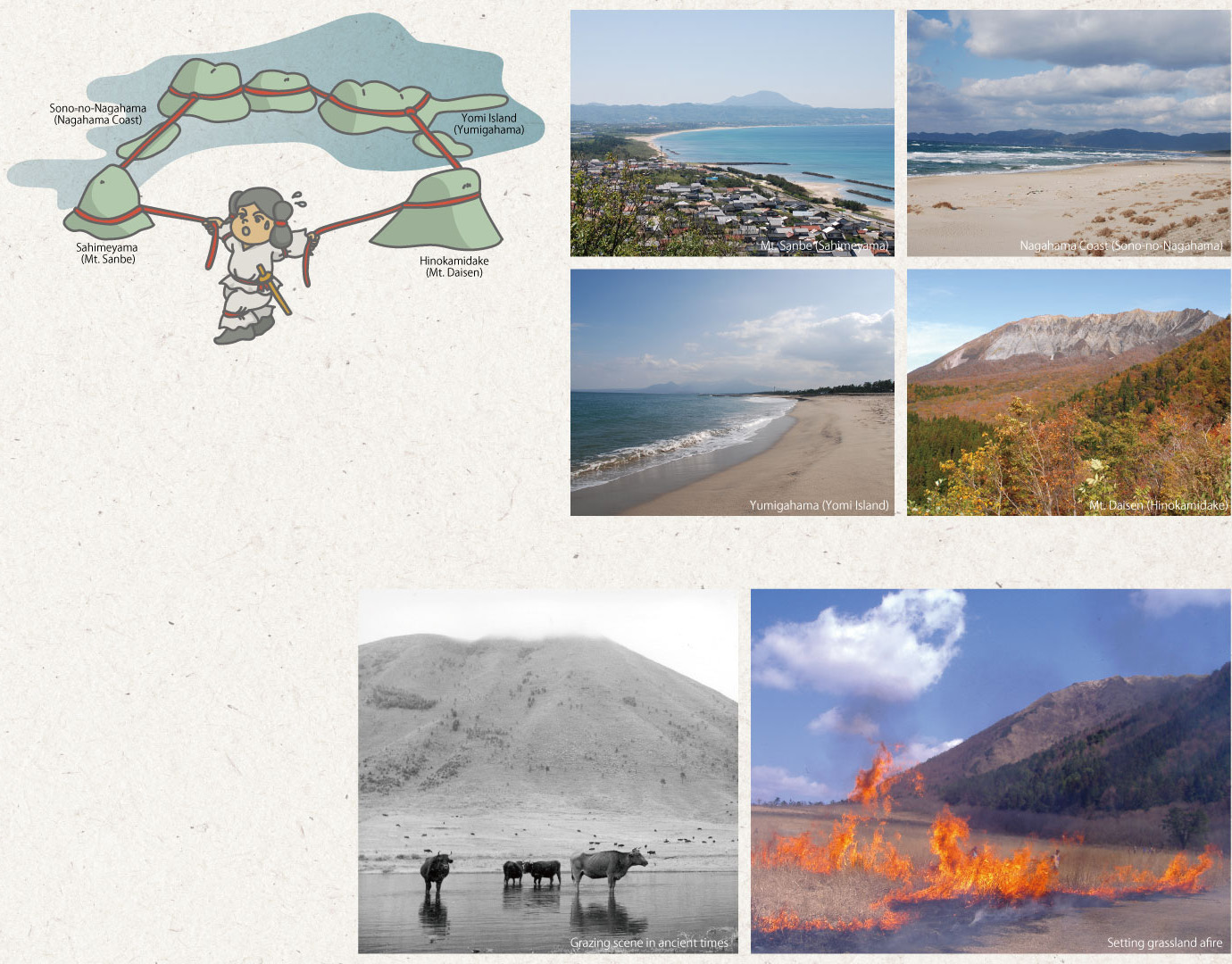