Sanbe Volcano erupted in the Paleogene period on a basement rock composed of elements such as biotite granite and diorite. The volcanic products included various matter such as lava, pyroclastic flow deposits, base surge deposits and pyroclastic fall deposits. The lithology is characterized by activity producing consistency in both hornblende-biotite granite and dacite.

Mt. Sanbe is composed of elements such as a caldera approximately 5 kilometers in diameter, the caldera’s central volcanic cone, and pyroclastic cones. Most of the present shape of the mountain owes to lava and pyroclastic matter from a more recent stage. Volcanic products dating back to older stages are found in the outer portion of the caldera.
Pyroclastic flow deposits composed primarily of pumice and volcanic ash are found in the low spots between the mountains. We can observe how the pyroclastic flow caused by a major eruption filled valleys and spread widely. 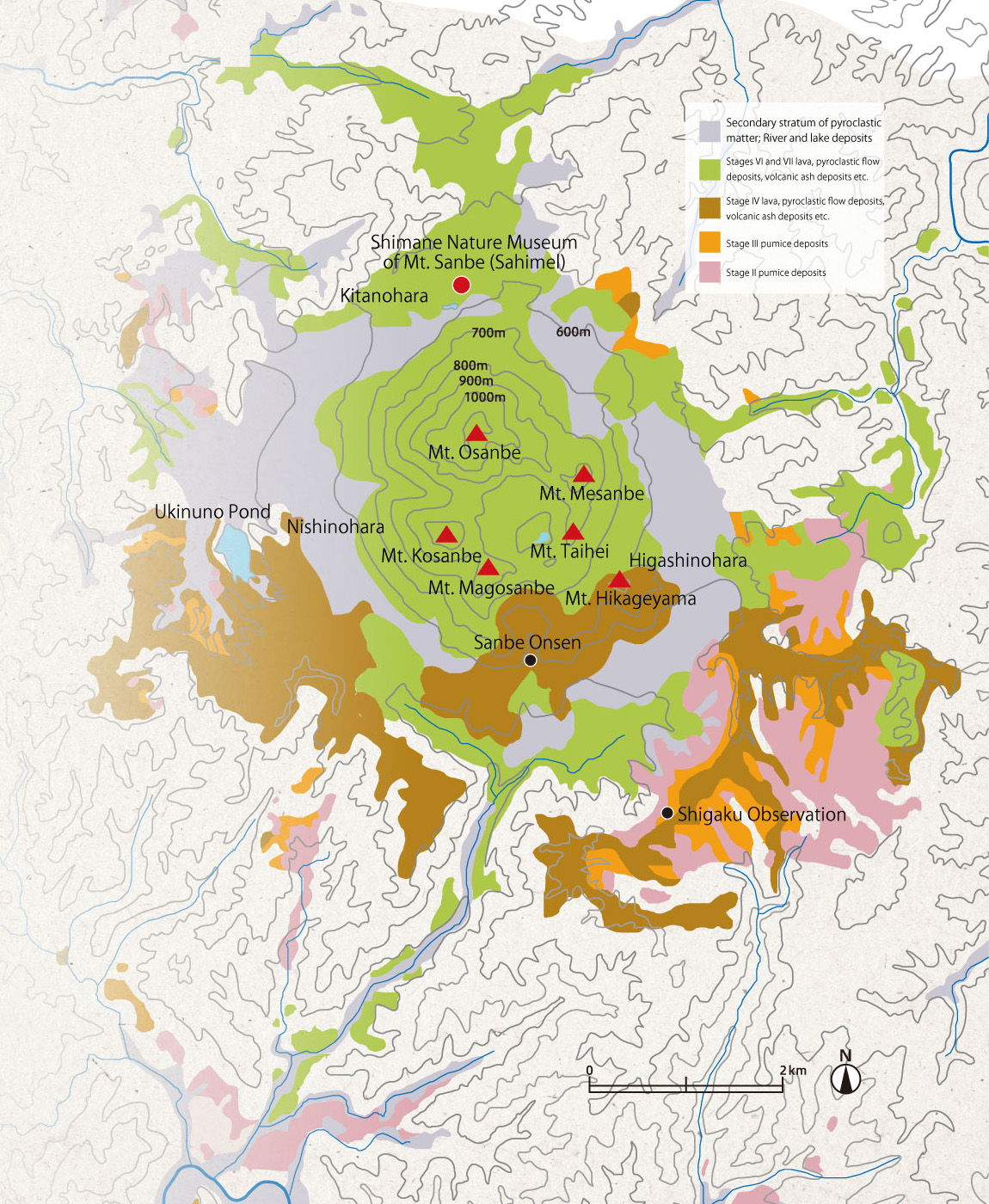 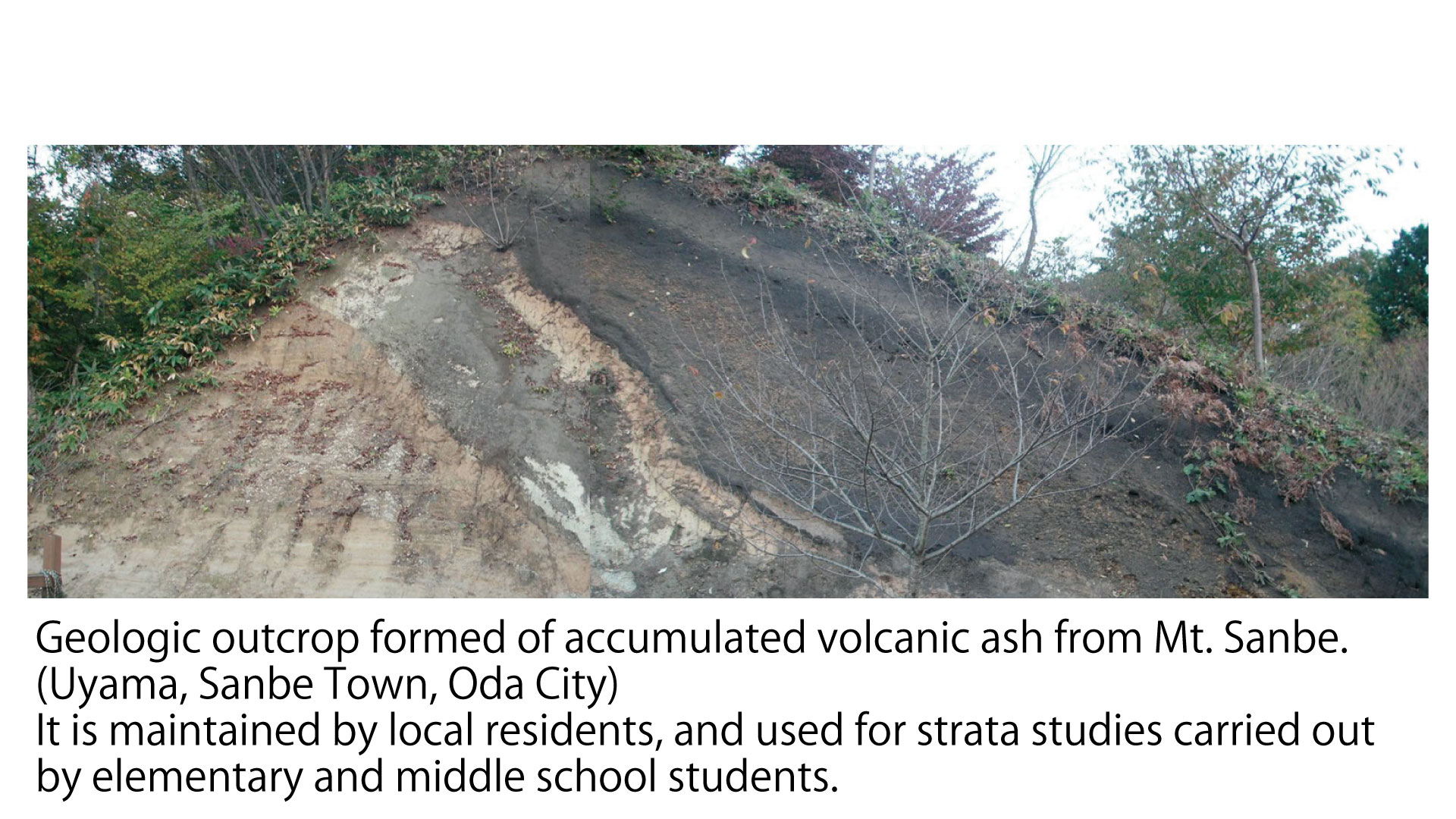