Mt. Sanbe is the most recent volcano in the western Honshu, becoming active within the past 100,000 years. We know that it has gone through at least seven periods of activity since then.
In the early stages, large amounts of pumice and volcanic ash were released, and accompanying eruptions produced large-scale pyroclastic flows and caused the formation of calderas. The peaks of Mt. Osanbe and Mt. Mesanbe are lava domes generated in the new period of activity. They are arrayed in a ring surrounding Muronouchi Pond. 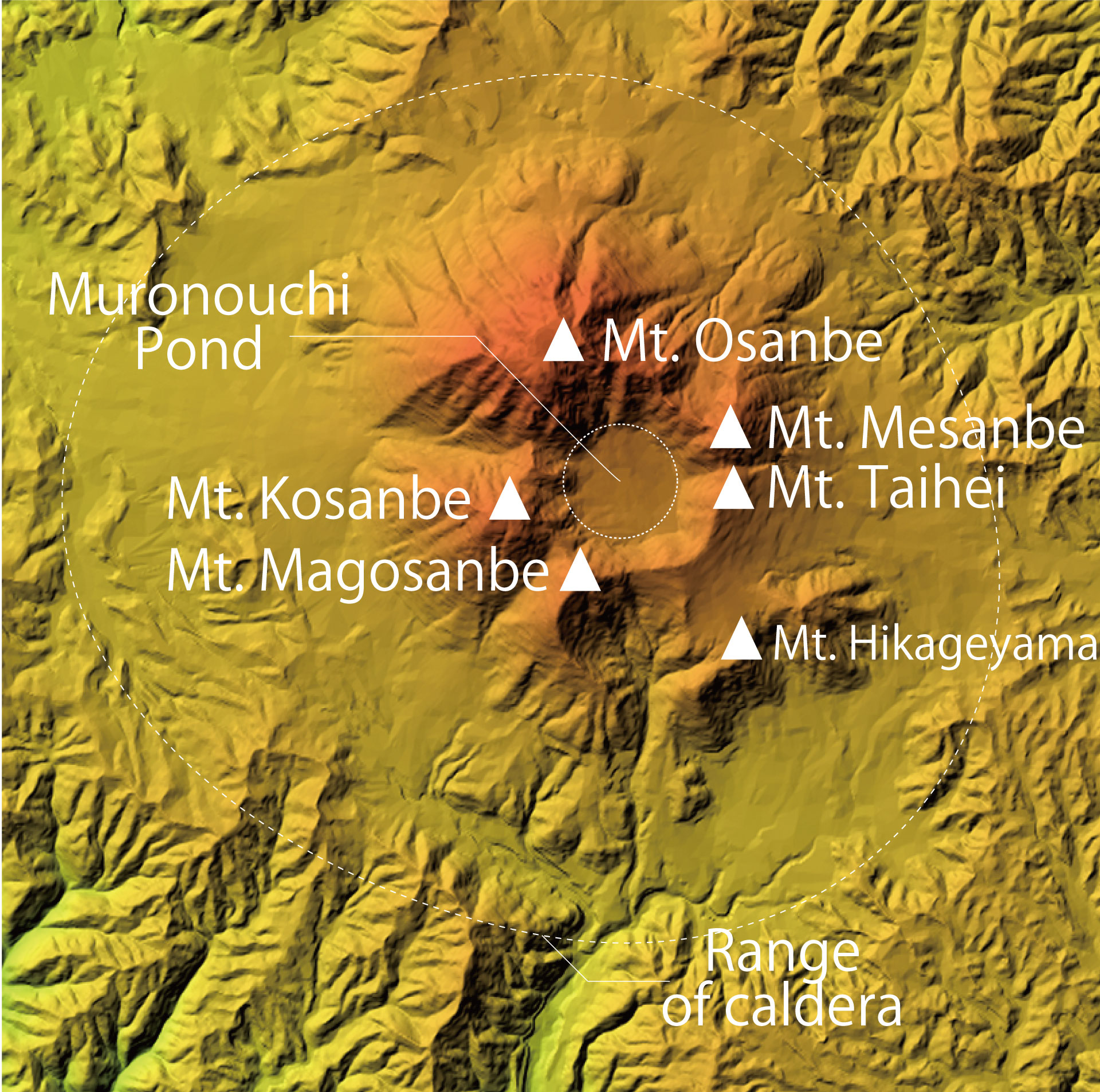 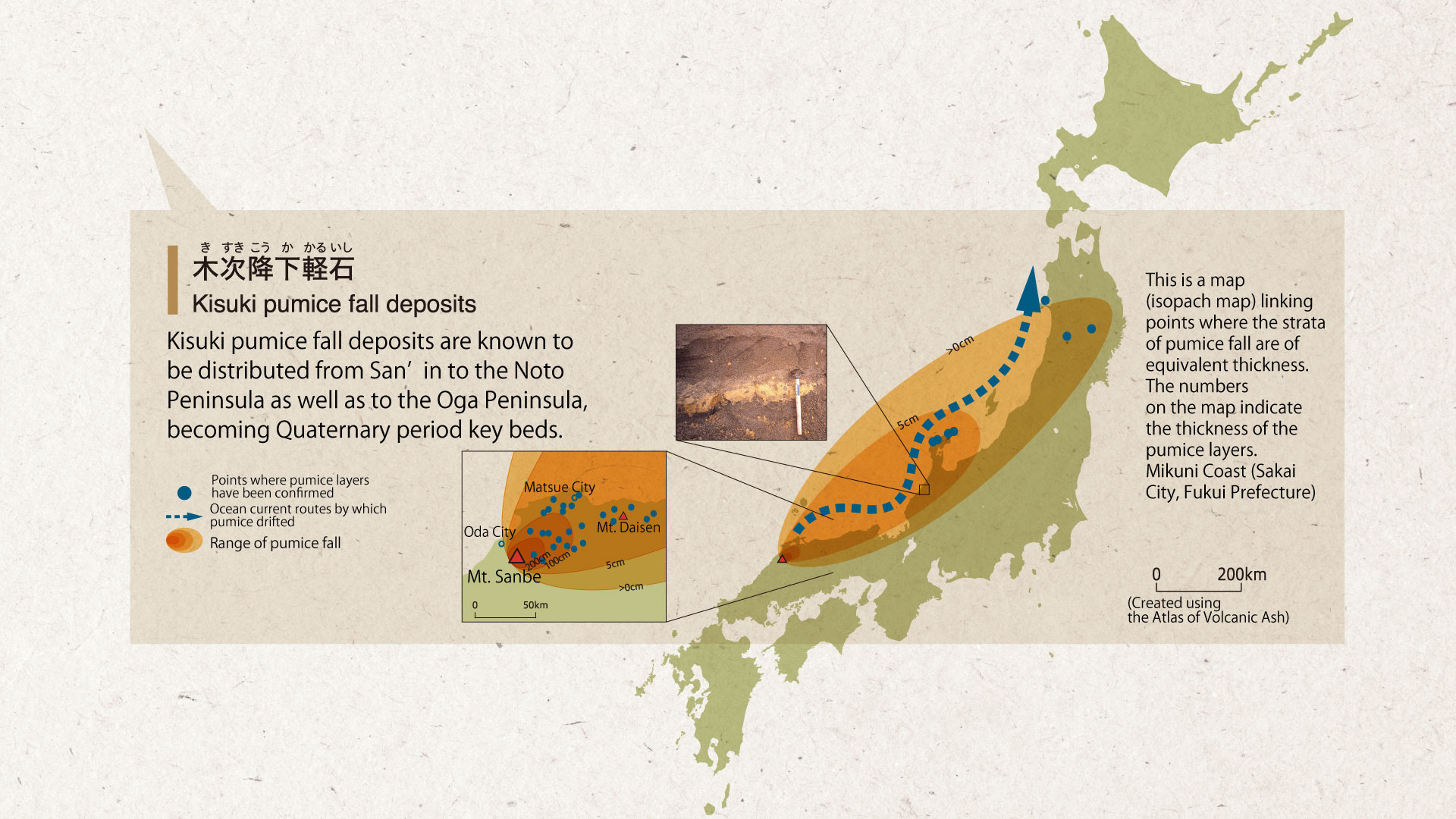 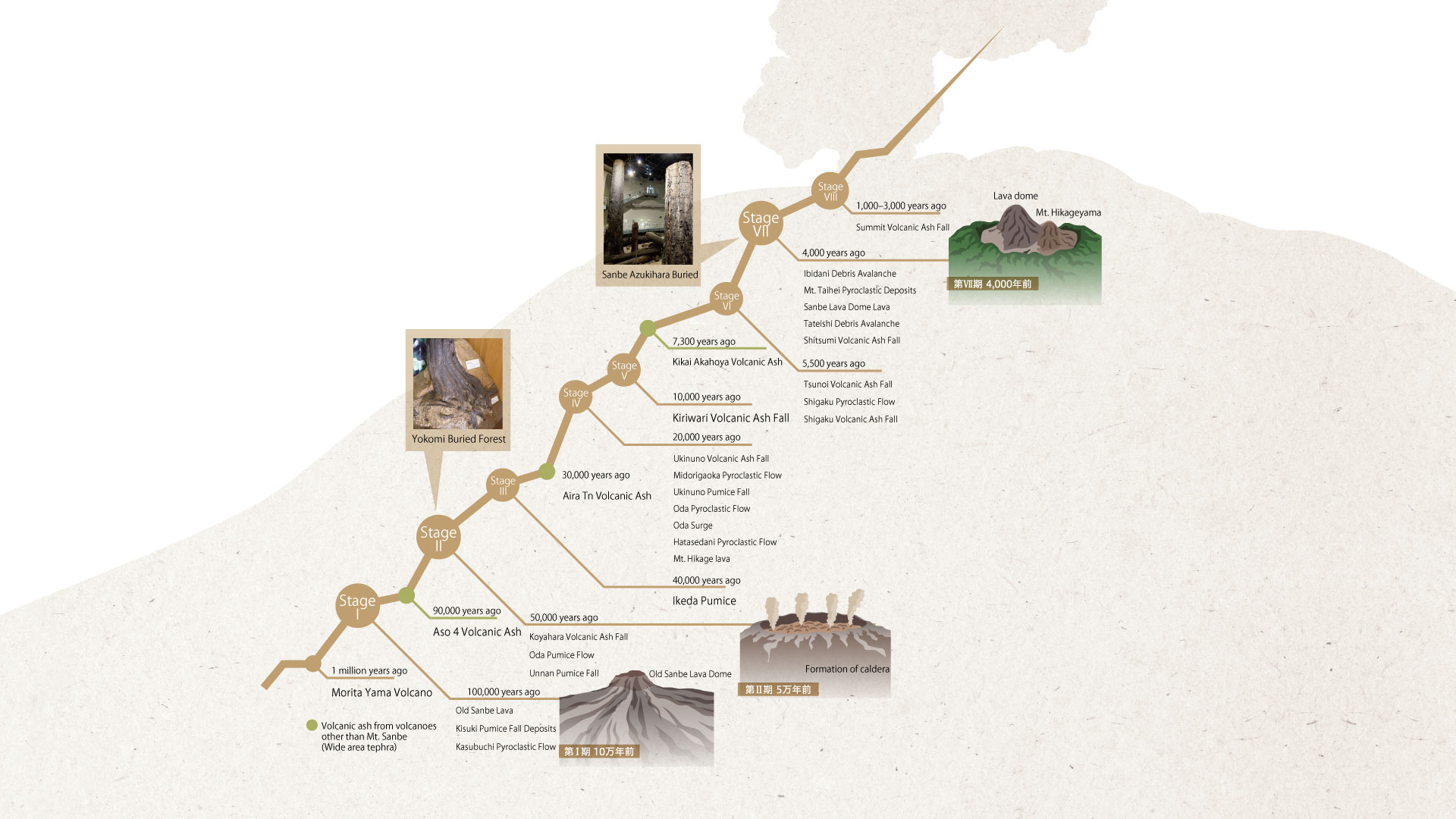 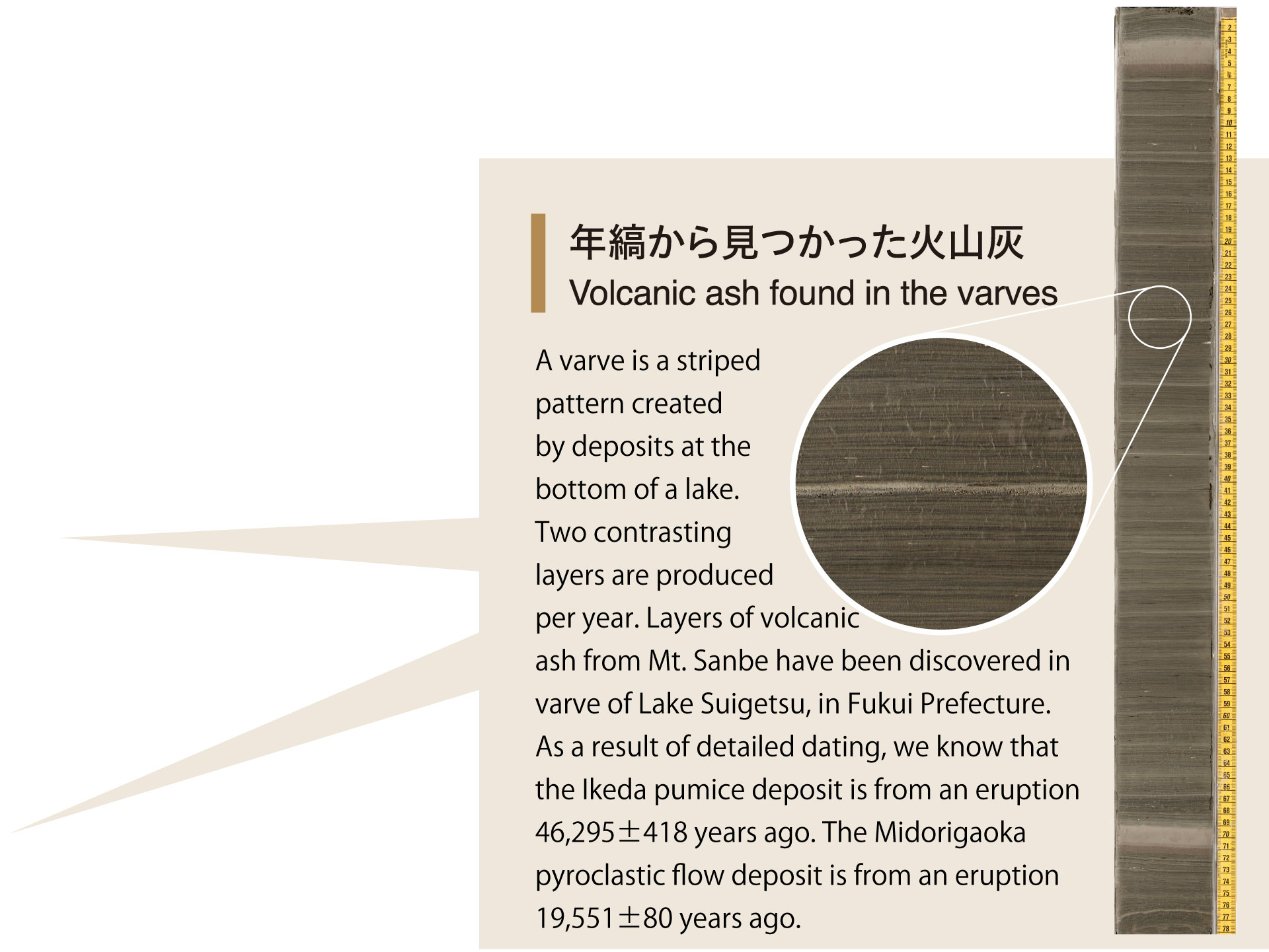 Kisuki Pumice Fall Deposits
Kisuki pumice fall deposits are known to be distributed from San’in to the Noto Peninsula as well as to the Oga Peninsula, becoming Quaternary period key beds.

Distribution of Sanbe Kisuki Pumice
This is a map (isopach map) linking points where the strata of pumice fall are of equivalent thickness. The numbers on the map indicate the thickness of the pumice layers.
Mikuni Coast (Sakai City, Fukui Prefecture)

Volcanic ash discovered in a varve
A varve is a striped pattern created by deposits at the bottom of a lake. Two contrasting layers are produced per year. Layers of volcanic ash from Mt. Sanbe have been discovered in varve of Lake Suigetsu, in Fukui Prefecture. As a result of detailed dating, we know that the Ikeda pumice deposit is from an eruption 46,295±418 years ago. The Midorigaoka pyroclastic flow deposit is from an eruption 19,551±80 years ago.