Volcanoes are distinctive terrain forms produced when magma deep in the earth’s crust erupts through the crust or through the bottom of a body of water.
There are various types of volcanoes, including stratovolcanoes like Mt. Fuji, caldera like Mt. Aso, or shield volcanoes like those found in Hawaii. Sanbe Volcano is composed of elements such as caldera, lava domes (Mt. Osanbe and others) and pyroclastic cones (Mt. Taihei). 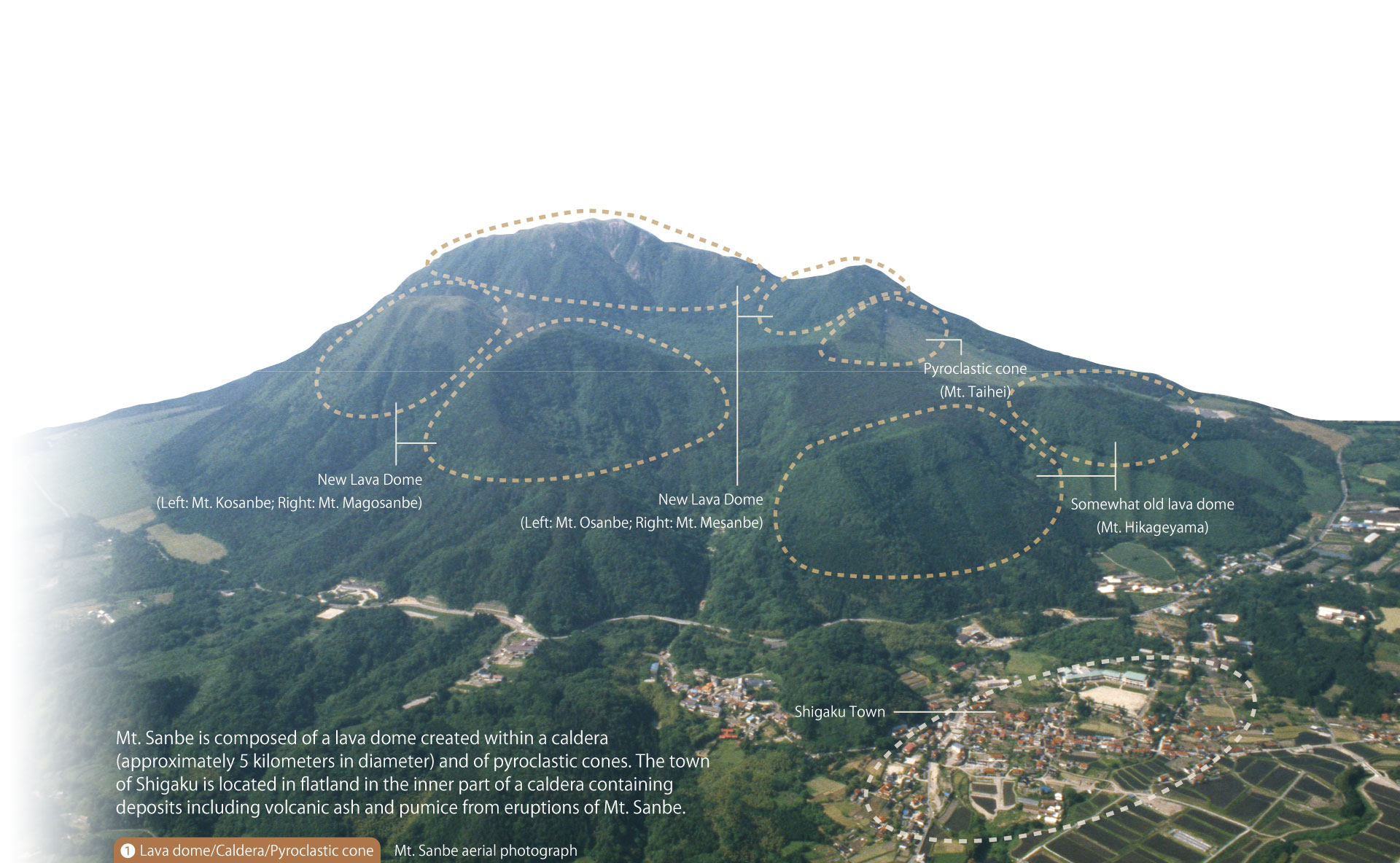 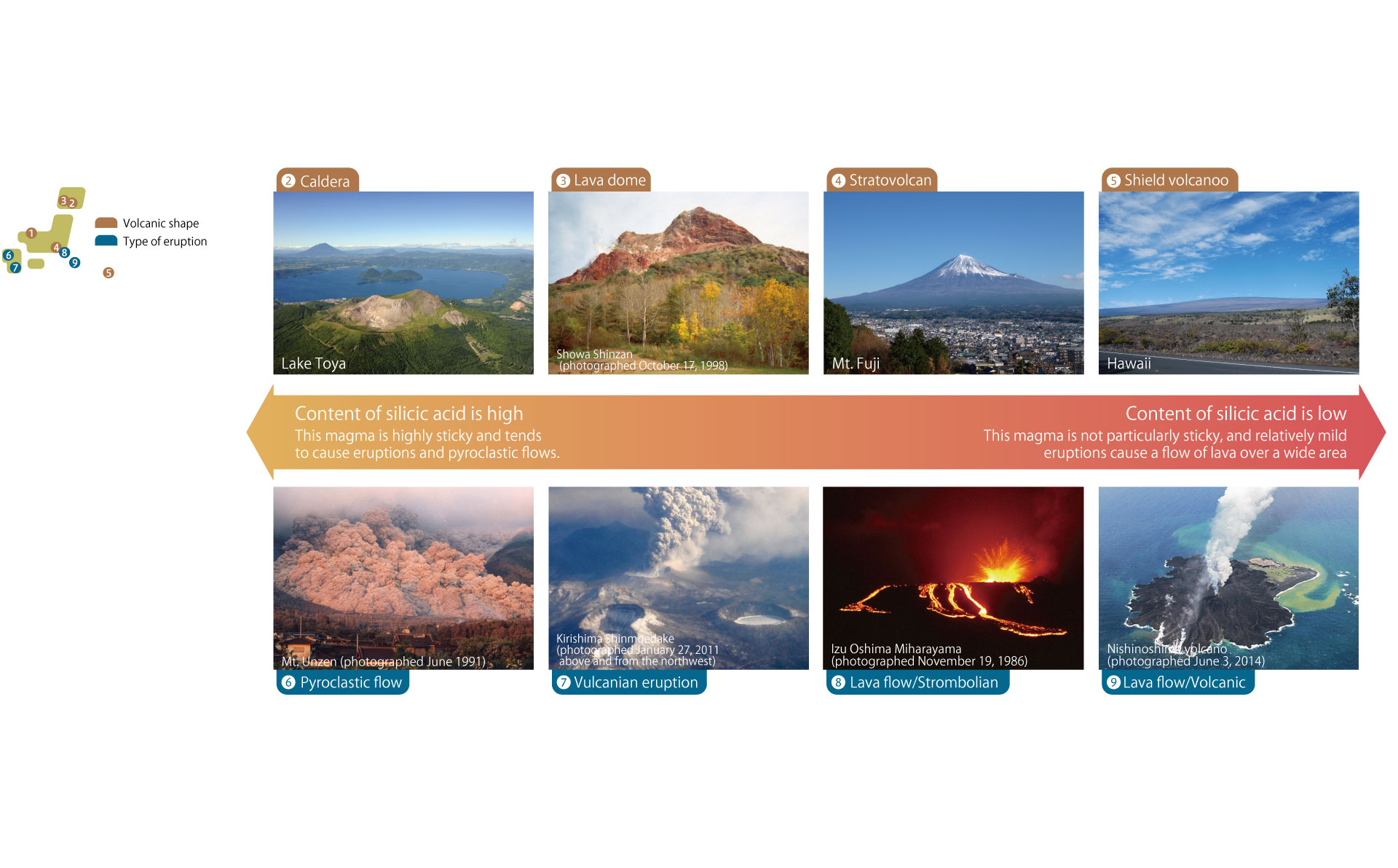 Mt. Sanbe is composed of a lava dome created within a caldera (approximately 5 kilometers in diameter) and of pyroclastic cones. The town of Shigaku is located in flatland in the inner part of a caldera containing deposits including volcanic ash and pumice from eruptions of Mt. Sanbe.