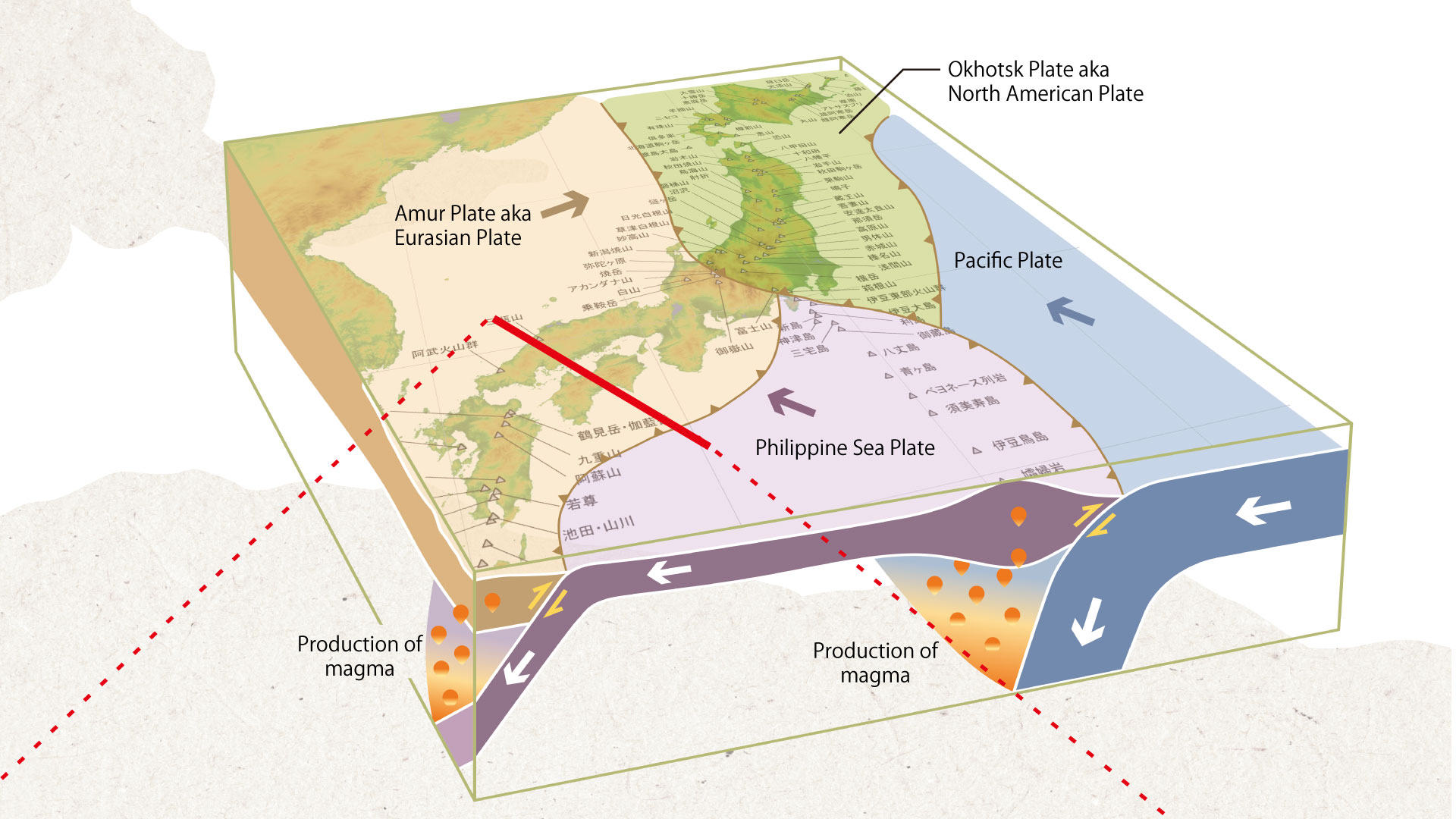 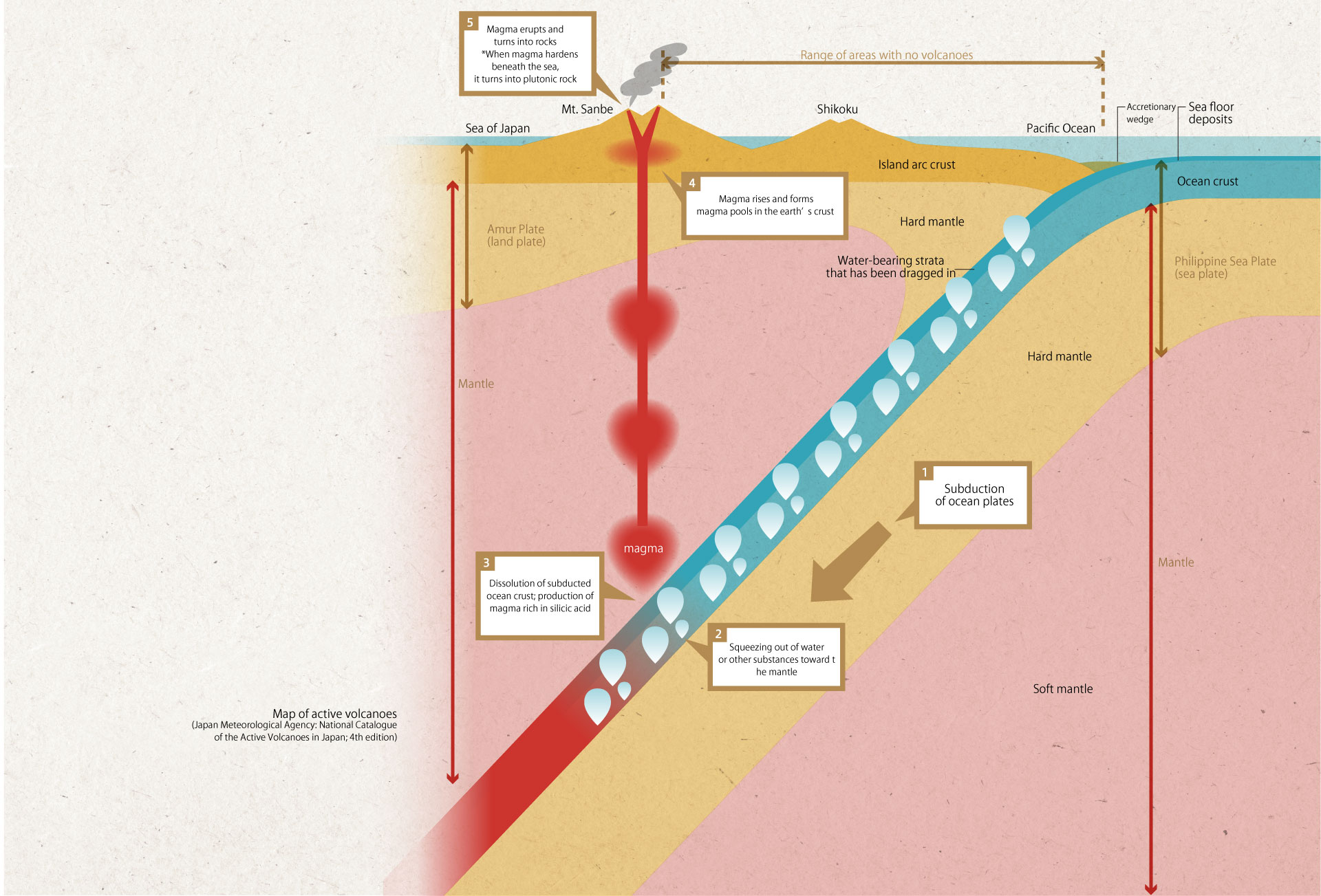 1. Subduction of ocean plates
2. Squeezing out of water or other substances toward the mantle
3. Dissolution of subducted ocean crust; production of magma rich in silicic acid
4. Magma rises and forms magma pools in the earth’s crust
5. Magma erupts and turns into rocks
*When magma hardens beneath the sea, it turns into plutonic rock