Exhibits in this hall outline the dramatic geological processes that created Mt. Sanbe and shaped the landscape of Shimane Prefecture. One of only two active volcanoes in Japan’s Chūgoku region, Mt. Sanbe was formed by volcanic activity that began around 100,000 years ago and continued until roughly 4,000 years ago. Major eruptions and their effects on the landscape are portrayed in a 7-minute video in the large-screen theater area. Outside the theater is a timeline of Sanbe’s eruptive phases and an explanation of the volcanic products that formed the mountain’s current topography.
This hall also includes exhibits that introduce the geological history of Shimane Prefecture, compare Mt. Sanbe to other well-known volcanoes, and explain Mt. Sanbe’s role in human history. There are also specimens of fossils and minerals found in the prefecture and introductory overviews of nearby sites like Iwami Ginzan Silver Mine and the Oki Islands UNESCO Geopark. 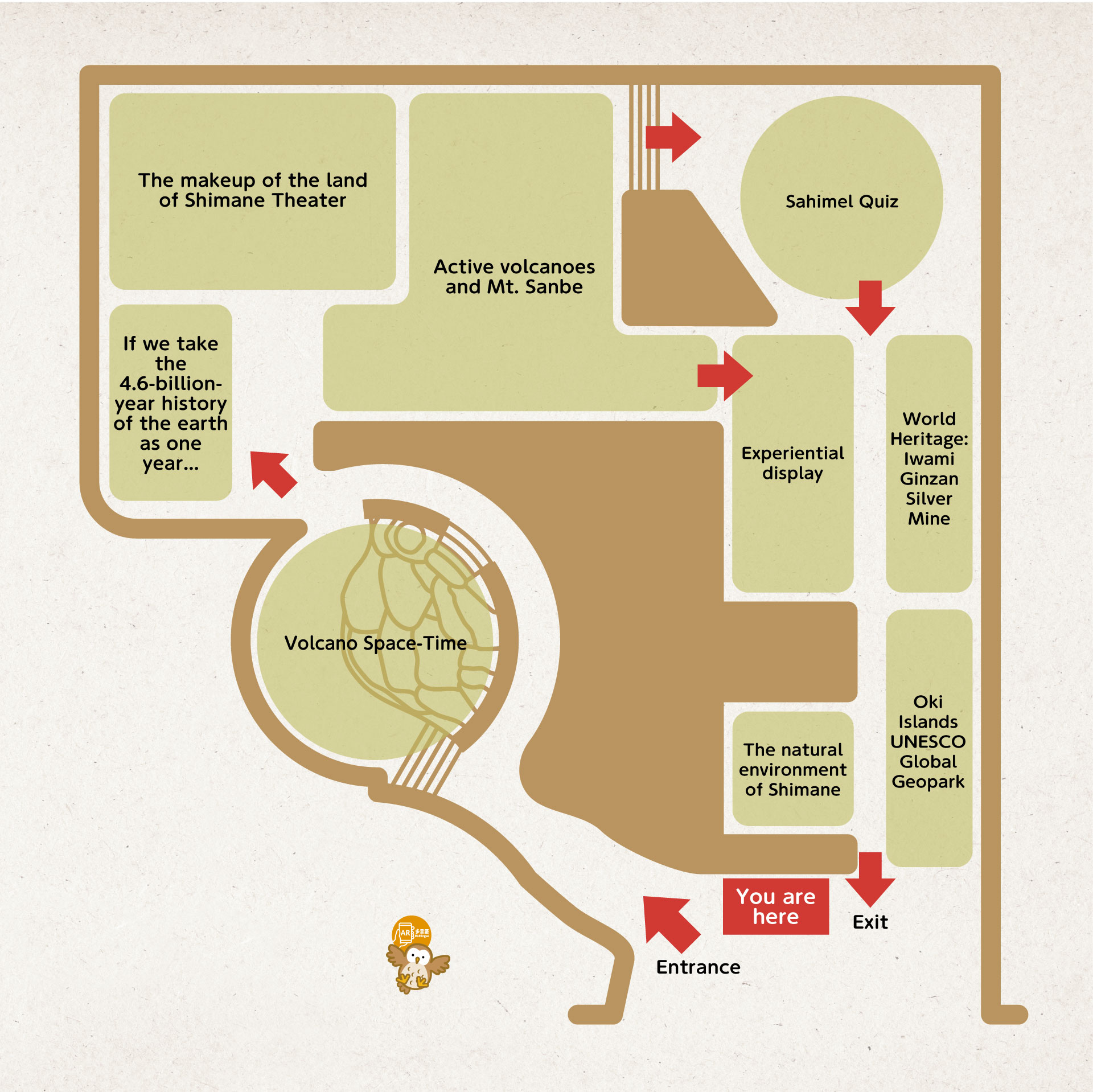