Over the last century and a half, Shimane’s native wildlife has been joined by invasive species from outside the Japanese archipelago. The Invasive Alien Species Act, passed in 2004, defines invasive species as those that “exist outside their original habitats as a result of introduction from overseas into [Japan] and that are recognized or feared to cause adverse effects on ecosystems.” The “adverse effects” can include the introduction of new diseases or parasites, encroachment on preexisting habitats, the disruption of local food chains, and even direct predation of native species. Many invasive species are able to survive outside their original habitats precisely because they are hardy, highly adaptive, or fiercely competitive for resources—traits that give them an advantage over established species.
Invasive species can threaten many different environments. In Shimane’s ponds and waterways, bullfrogs and nutria from the Americas have become common. A particularly dire threat to aquatic life is the large-mouth bass, which was brought to Japan in 1925 for sport fishing and quickly spread to local rivers. Forests are threatened by the red-billed leiothrix, a beautiful songbird introduced from China during the Edo period (1603–1867). Pet birds that escaped their cages and settled in the wild have proved to be remarkably prolific. They can now be seen across the prefecture and are driving out native Japanese bush warblers. Even local roadsides are under siege, having been affected by the rampant growth of lanceleaf tickseed and Canada goldenrod.
Efforts are underway to eradicate invasive species or control their spread. Members of conservation agencies and local volunteers pull up clumps of tickseed along the roads, and ponds are partially drained to remove large-mouth bass. 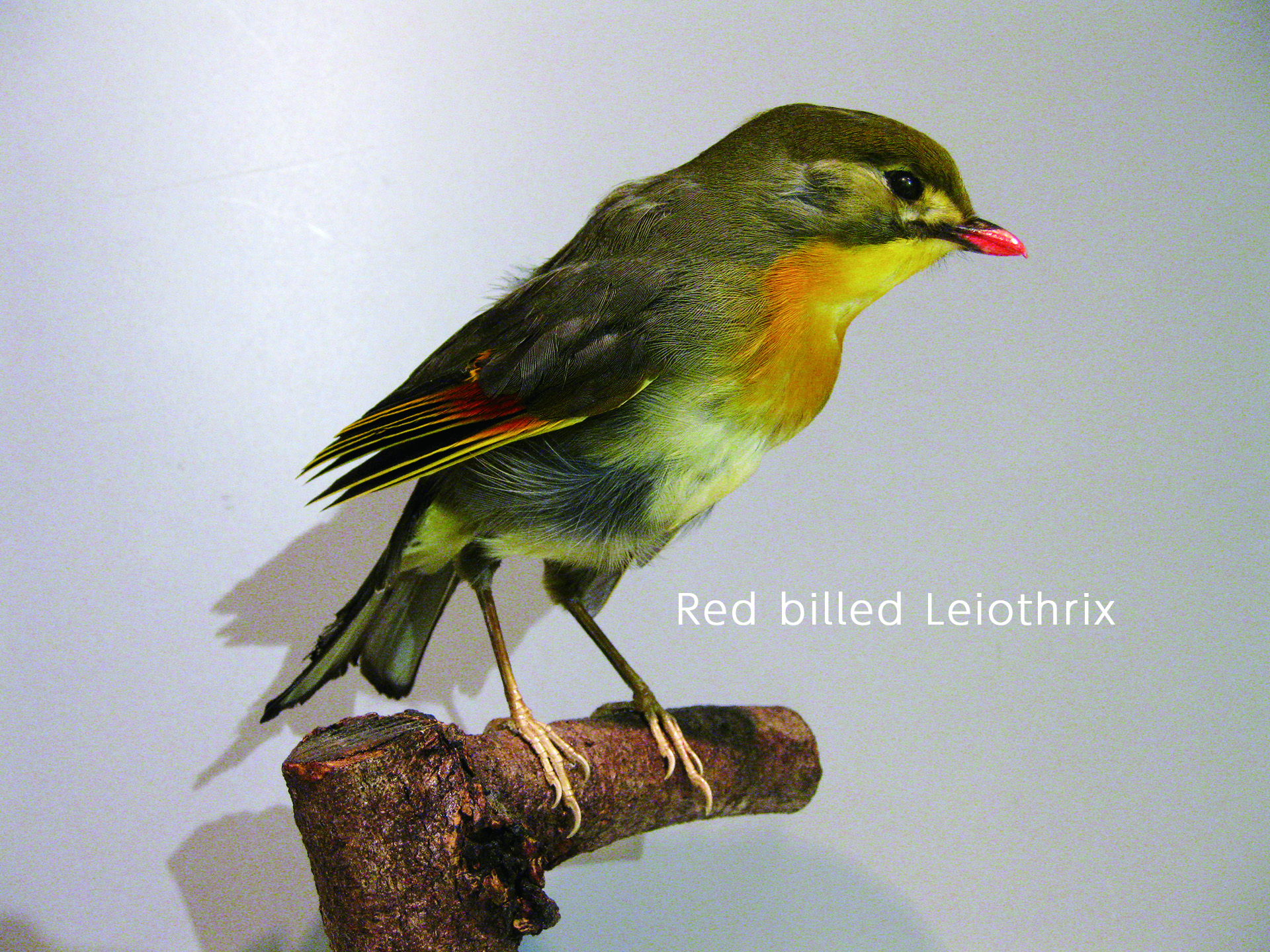 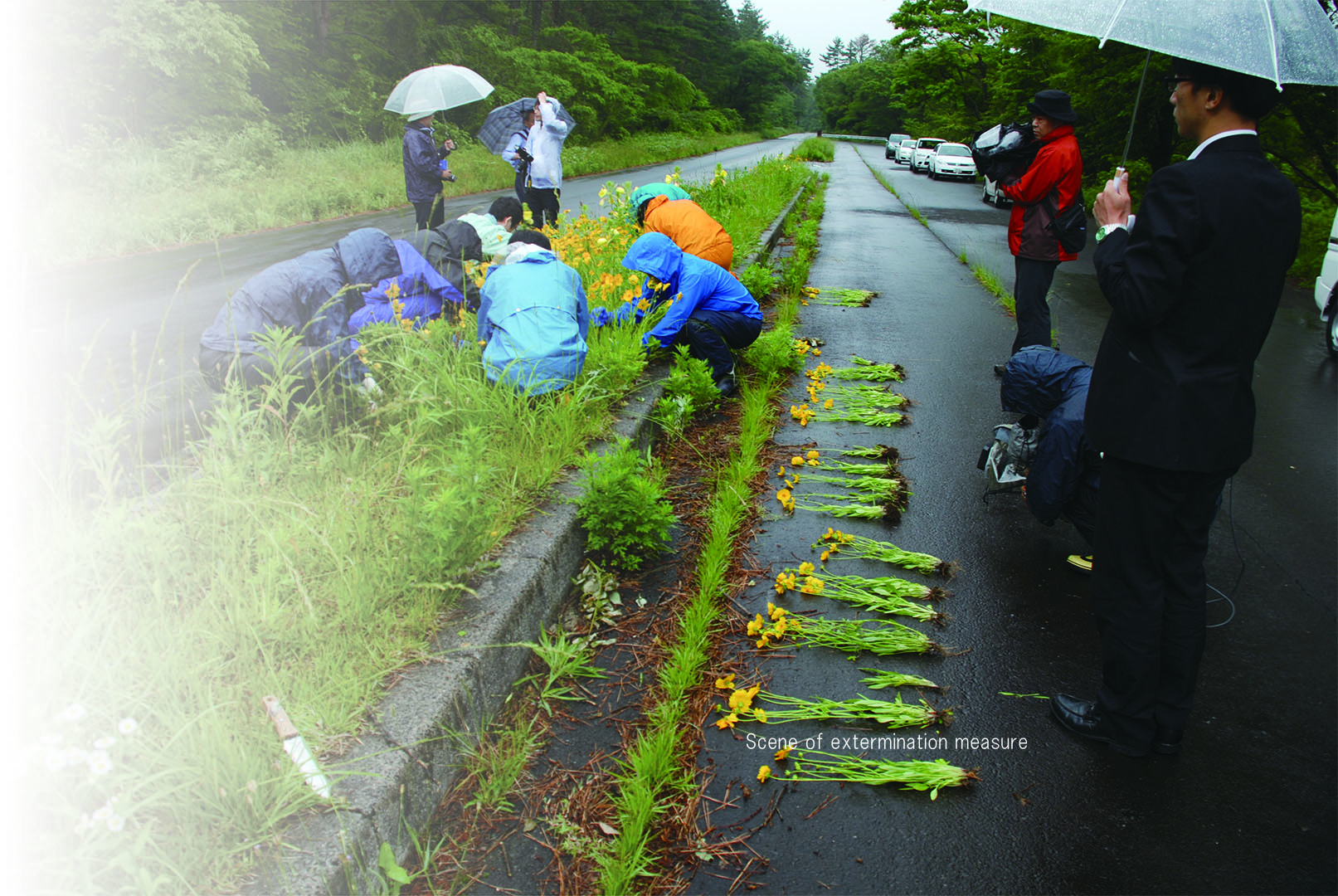