Of the roughly 30,000 species of insects recorded in Japan, about 5,500 have been found in Shimane, though nearly double that number are suspected to live here. The species composition is varied and includes insects whose chief ranges are farther north or south. Species from northern Japan include Osmoderma opicum, a type of scarab beetle, and Auritibicen flammatus, a large cicada with a striking black-and-orange pattern on its back. Species more often found in southern Japan include the giant jewel stinkbug and the red slug caterpillar, whose orange, spike-covered larvae transform into elegant yellow-and-dark-green moths.
The grasslands that surround Mt. Sanbe are home to some of Shimane’s rarest insects, which are adapted to living in open, flowering fields. Unfortunately, habitats that support these insects are becoming increasingly rare. The eastern grassland, one of two fields near Mt. Sanbe where cows are still pastured, is inhabited by the endangered horned dung beetle. This glossy-black, heavily armored species of scarab beetle measures between 20 and 28 millimeters in length and is strong enough to move objects many times its own body weight. It feeds on cow manure in the grassland, and females also burrow and lay their eggs in dung to provide their newly hatched larvae with a food source.
Mt. Sanbe’s forests contain another site of insect activity: the trunks of kunugi Japanese sawtooth oak (Quercus acutissima) and konara oak trees (Q. serrata), which secrete a nutritious sap that draws insects of all kinds. During the daytime, butterflies, hornets, and the metallic-green scarab beetle Rhomborrhina unicolor come to the trees to feed. At night, a different set of visitors arrive, including the sawtooth stag beetle, Japanese rhinoceros beetle, and many species of moths. 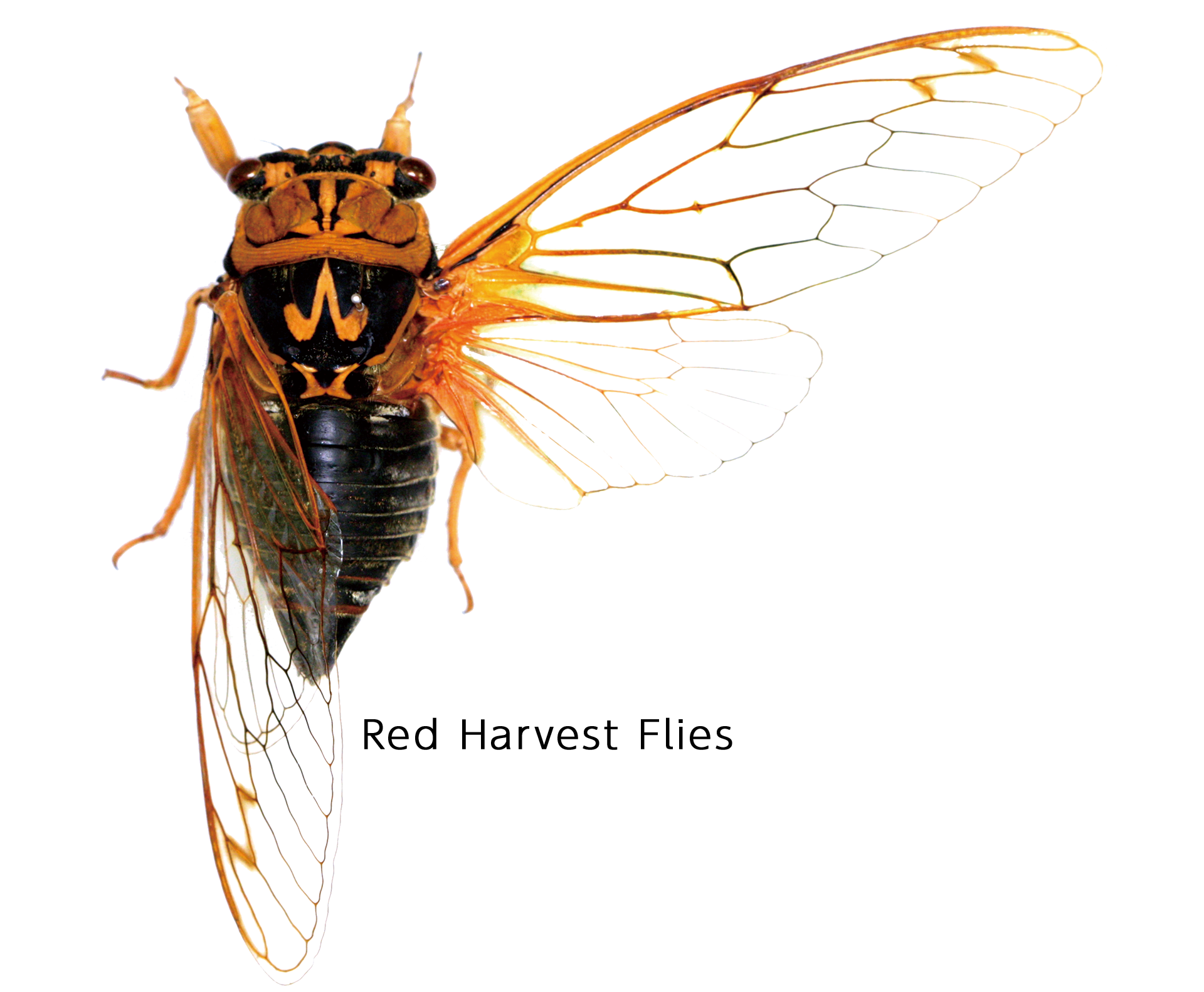 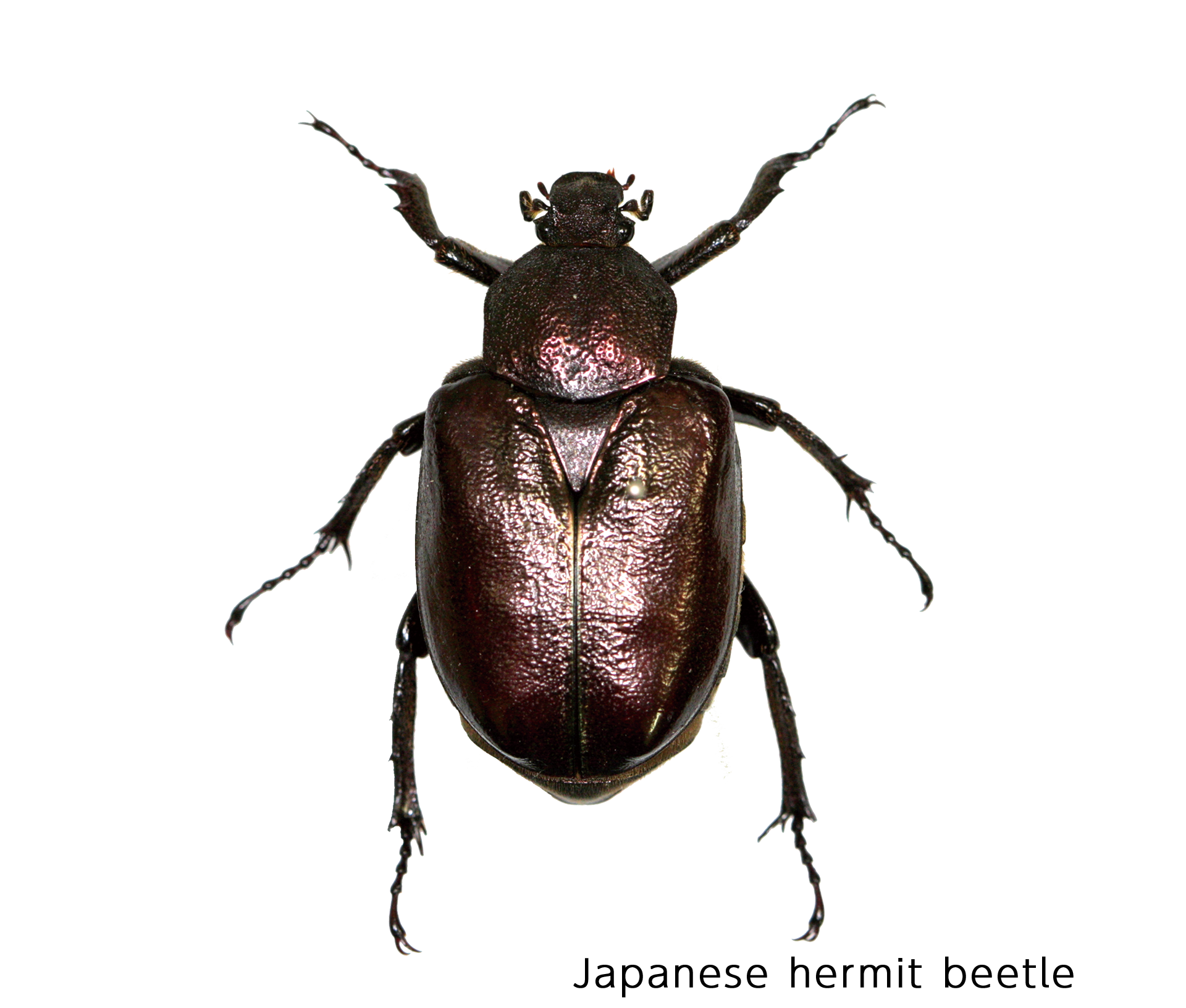 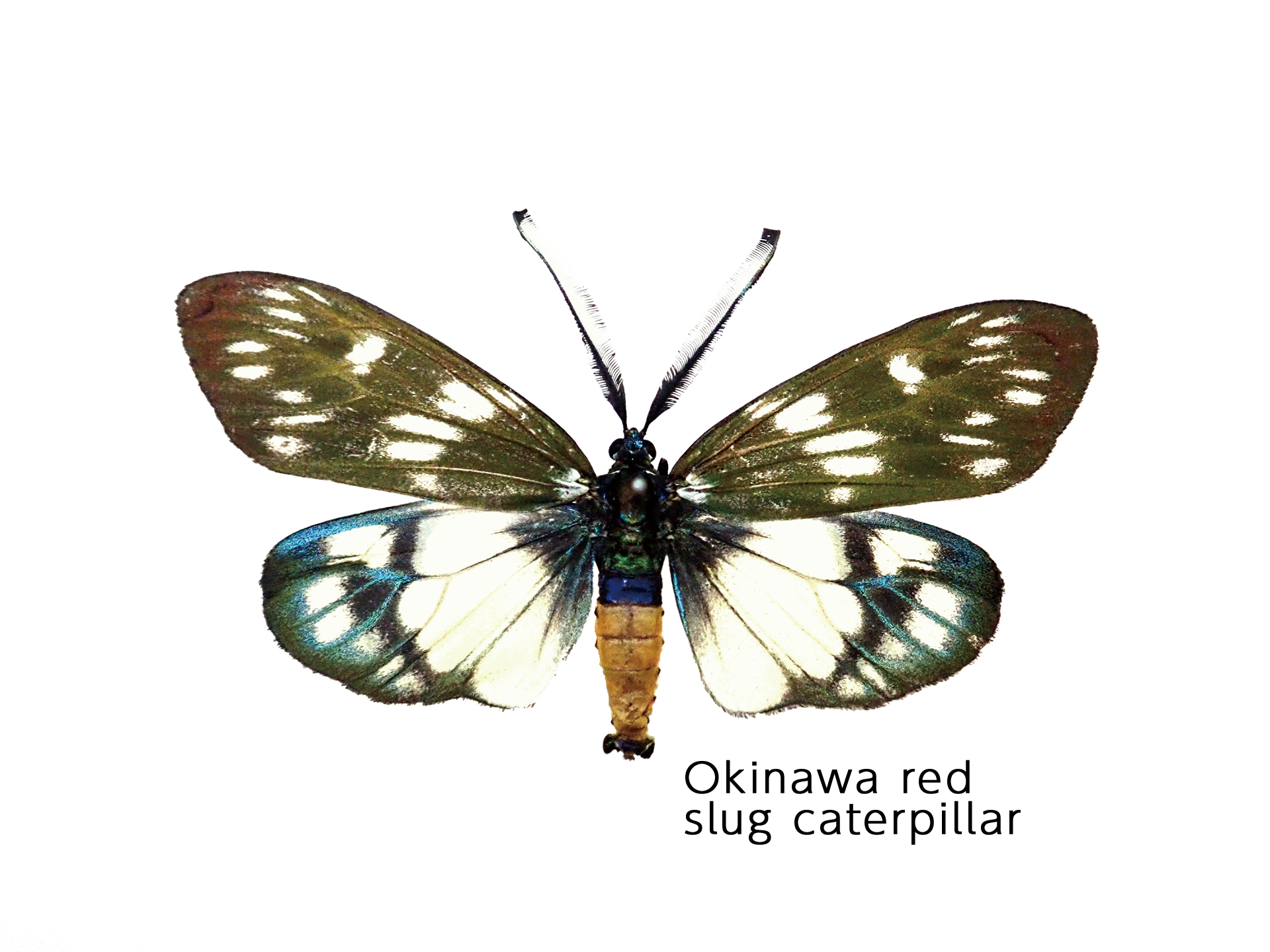 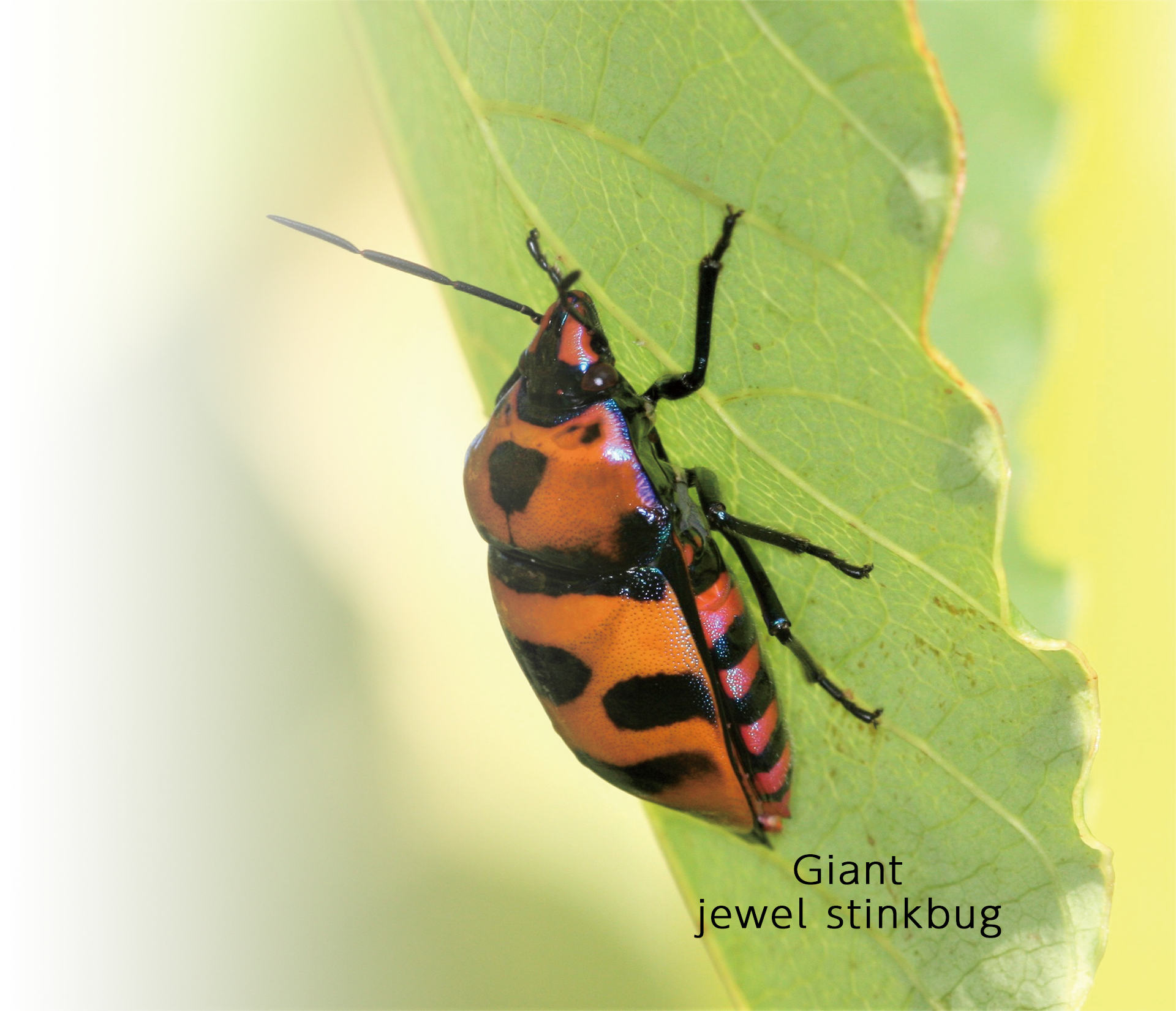