The Shimane Red Data Book lists threatened and endangered species of Shimane Prefecture. It is patterned after the International Union for Conservation of Nature (IUCN) Red List, which assesses species conservation on a global scale. The Red Data Book was first published as a single volume in 1997. The modern version is split into two volumes: the new plant list was published in 2013, followed by the animal list in 2014. Altogether, 394 plant species and 550 animal species were listed in the 2013–14 publication of the Red Data Book.
Species become endangered through many factors, including overhunting, pollution, loss of habitat, and competition for food or territory. The Japanese sea lion, extinct since the 1950s, was the victim of widespread commercial hunting. The Oriental stork died out in Japan around 1971, mainly through the use of pesticides by the rice industry. Fortunately, storks from Russia have been bred in captivity and were recently reintroduced to the wild. They are now breeding among themselves—in Shimane in 2018, four wild chicks successfully left the nest.
Other species are still in danger. The crested kingfisher, once found in mountainous regions throughout Shimane, is disappearing at an alarming rate. The cause is unknown, but may relate to the widespread concrete reinforcement of the mountain riverbanks where it nests. In the case of the Japanese weasel, which once lived throughout the flatlands around rice fields and villages, part of the problem is habitat loss; another is competition from the invasive Siberian weasel.
The causes behind species endangerment are often complex or poorly understood, but publications like the Red Data Book help by providing concrete data that enables scientists to monitor species and take action. 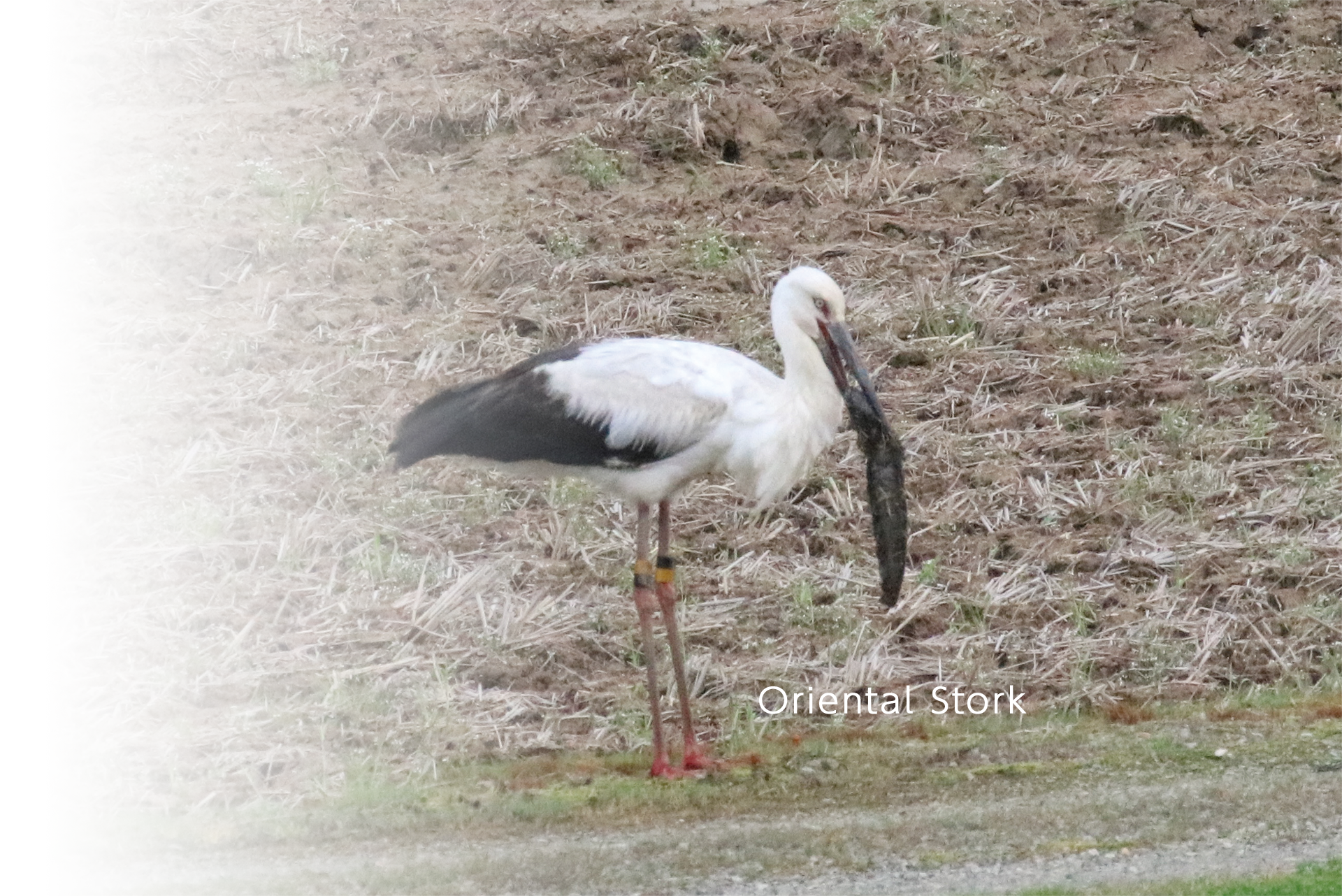